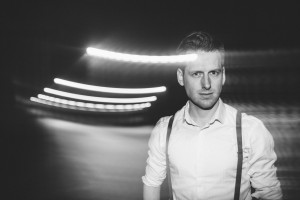 Ross Breen is back with a new single. One Last Kiss is the follow up to 2015’s Idyllic Valley, which achieved number one position in the Irish iTunes rock charts after an appearance on RTÉ television’s The Saturday Night Show.

The song is the latest cut from Ross Breen’s forthcoming album, New Born Vibrancy, set for release this year. The Kildare native is currently putting together a string of tour dates to follow previous years’ successes on the road with the likes of Midlake, Glen Hansard and Bell X1.

Ross is excited about fans hearing his new direction, evident on One Last Kiss:

“It’s a gospel and blues influenced song with an emotional immediacy to it – people have really related to it at our live shows. In studio, we referenced artists like The Golden Gate Quartet, The Blind Boys of Alabama, Elvis Presley, Bill Withers and Daniel Lanois and this track is definitely different to anything I’ve released before.”