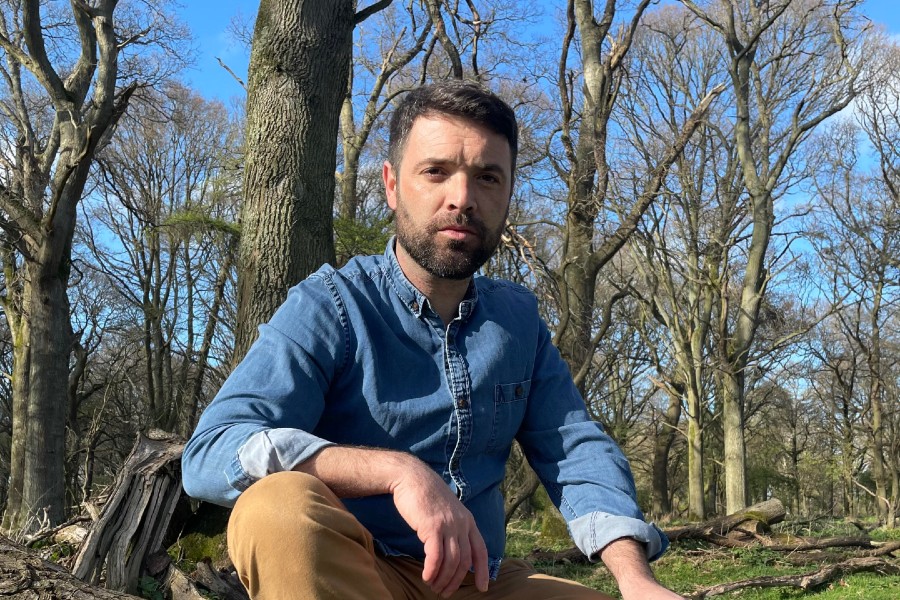 There is nothing more Irish than a rainy day, a low whistle and a Connemara pony.

Like the pony, Pauly Fagan has felt the restlessness of lockdown, the frustration of time lost waiting, the longing to hug his parents and enjoy performing in front of a live audience. The struggles we have faced in the past year have brought us together in the loneliest of ways. Observing guidelines and lockdowns has been challenging. Being separated from loved ones and life’s normal routines has put so much pressure on everyone.

New single, ‘Can I Rest’ highlights the need people have for the comfort of another – the sanctuary of being held in someone’s arms. He is thankful that his children and family are healthy and that one day we will hear music playing again.

The energy when Pauly and Zeto play together is contagious. The music is amazing with Pauly’s powerful vocals and mastery of their seemingly endless instruments.  You can’t take your eyes off them as they perform. With deep global and personal cultural influences their sound is completely unique. Audiences are spellbound and love to hear Pauly’s music. A talented singer and songwriter, Pauly was born and raised in Navan, Co. Meath, Ireland. Pauly was greatly influenced by his parent’s love for music and was introduced to it from an early age. His unique voice and unbelievable harmonies amaze people wherever he performs. His writing ability surprises many as he writes song after song often inspired by love; won, lost and observed.

He is a keen supporter of charities and loves to roll up his sleeves for a good cause.  He will tell you how blessed he feels to have worked with some very talented people. He plays several instruments from the guitar, piano, and trumpet and loves jamming with other musicians.

He has spent the past year during Covid lockdown in Dublin with his children and partner Àine.

Zeto Feijão Mackenzie, madly talented and full of surprises audiences first warm to his engaging smile; then WHAM – you hear him play… and then another instrument appears, then another and another. When he pulls out the bagpipes people nearly fall off their chairs – Incredible!

Born and raised in Almada, Portugal with Scottish ancestors, he is a true artist. Growing up he had many influences beginning with his Mother’s singing. He was born deaf in one ear due to a car accident his parents had one week before he was born. This makes him all the more amazing as a musician.

Beyond music he is an actor with many credits to his name including the hugely popular television series The Vikings filmed in Ireland.

Recorded at Abbey Lane Studios in Drogheda and coproduced with the talented Fran McDermott and Eric Sharpe.