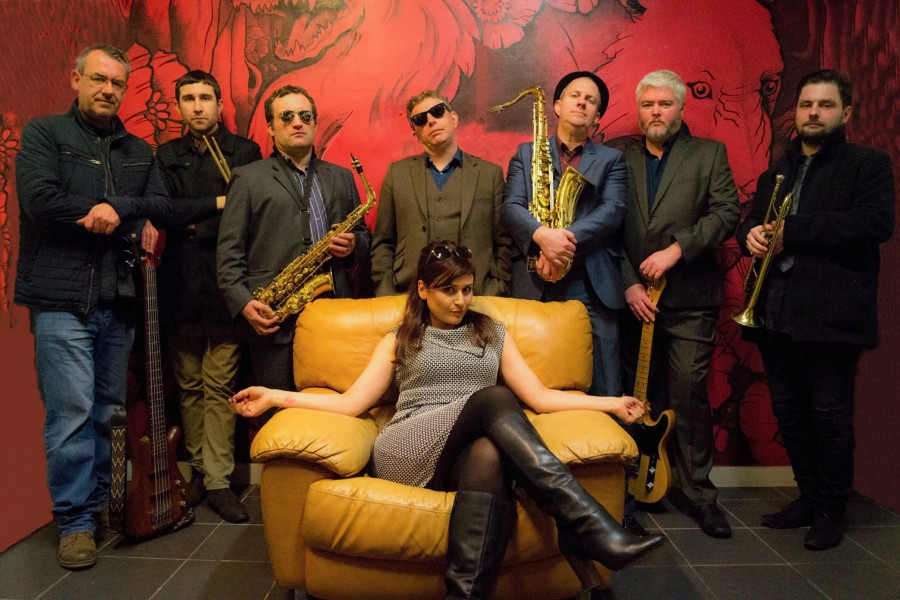 Supertonic Sound Club are a 9 piece Dublin based band influenced by old school soul-funk and reggae. They have appeared in session on BBC and RTÉ radio, performed on TV (“The Late Late Show” and “The View”) and have received national airplay in Ireland, UK, Italy and beyond.  Members of the band have played with a diverse range of international acts including Oasis, Martha Reeves and Tony Allen.

Their debut single, ‘Scheherazade’ featured reggae legend, Dave Barker, who as part of Dave & Ansell Collins, had scored a no. 1 in the UK charts in 1971.  Subsequent singles ‘Cracked Up Over You’, ‘Truly Something Special’ and ‘Please Don’t Ask’ have all featured on the RTÉ Radio playlist.

Supertonic Sound Club’s new single is a taster for their forthcoming debut album, due out this year. ‘Let’s Get Arrested’ is a slice of uptempo modern soul featuring the delectable vocals of Kristina Glasnovic whilst ‘The Hump’ is a brass driven hammond organ instrumental. The single is out now released on 7 inch vinyl, CD single and as a digital download.