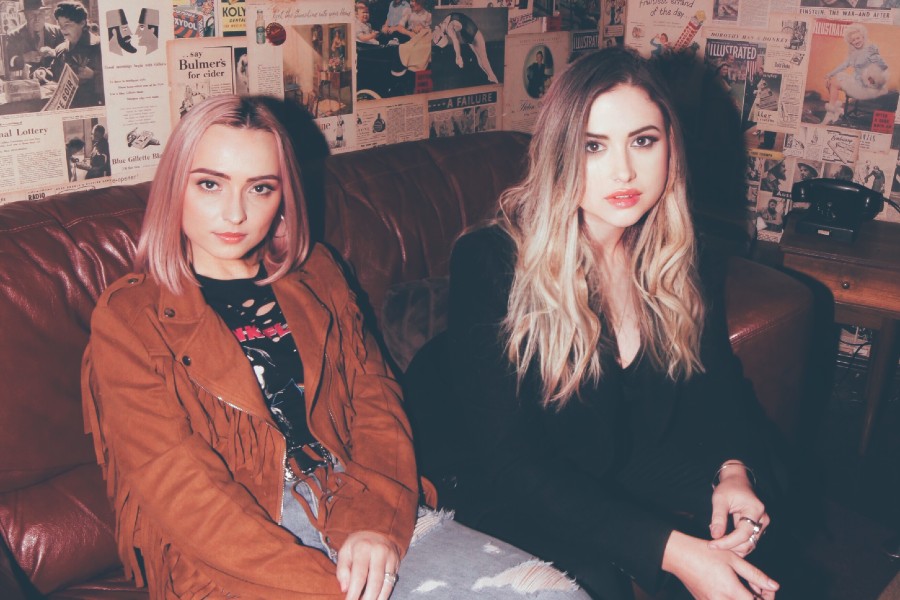 SIIGHTS released their debut EP and lead single ‘Blue Skies’ on April 3rd to great success, clocking over 250k streams since its release, ‘Blue Skies’ is the duo’s fastest streaming single to date! In typical fashion, the track is an earworm with a much needed message of hope – in amongst messaging of loss and grief. The track is a part of the band’s self-titled EP, which is a compelling body of work and has racked up an impressive 9.5 million impacts on Irish radio so far.

The multi-hyphenate artists write, produce and play on all their tracks, fusing organic instruments with electronic sounds along with heartfelt lyrics to create their own form of groove-based / alt-pop. Revealing the process of creating ‘Blue Skies’ and their debut EP, SIIGHTS say: “This song means a lot to us and was hard to write. We wrote it about some of what you feel and experience after losing someone close to you. We have both lost people close to us and it’s something that stays with you forever. We brought all our gear down to a country house in Wicklow to write and record this EP – Blue Skies really came together so naturally. There’s actually a recurring hypnotic guitar riff that happens multiple times throughout the track which was never initially supposed to be in the track. Mia had just been playing around and we left the mics recording and we ended up using it and it became quite a feature in the production in the end.”

SIIGHTS teamed up with the director and DOP Vanessa Vandy, who grew up in New Zealand and Finland on the ‘Blue Skies’ music video. SIIGHTS approached Vanessa to collaborate with here after seeing her work – “We loved how she captured such an emotive narrative, she’s such a talented director.” One of Vanessa’s short films got selected as a finalist in One Screen Film Festival 2017 and officially selected into LA Shorts International Film Festival and Bermuda International Film Festival, both of which are Academy Award qualifying festivals. Vanessa’s work earned her a directorial nomination at the 2018 1.4 Awards in London among 140 top commercial and narrative filmmakers worldwide. Two of Vanessa’s videos received top scores through Shiny Critiques which resulted in her being listed on the #ShinyList – a list that surfaces high-scoring, emerging and diverse directors worldwide.

SIIGHTS are an electro-pop duo made up of Mia Fitz and Toni Etherson, whose music is packed with infectious melodies, strong production and carefully crafted songwriting. Having first met after Mia had come off a world tour playing with Hozier, the pair spent some time songwriting for other artists before deciding to start their own artist project.

The hotly-tipped duo have received notable acclaim in the likes of Clash Magazine, EARMILK, Notion, Joe.ie and The Irish Times. Their previous singles ‘Tell Me Lies’ & ‘Broke It With Me’, spent 9 weeks in Ireland’s Shazam ‘Top 10’ and 5 weeks in Spotify’s ‘Viral Top 50’ charts (simultaneously) and the pair have seen huge success via YouTube with support on Wave Music and Mr Revillz channels, as well as their collaboration tracks hitting 1.9 million views.