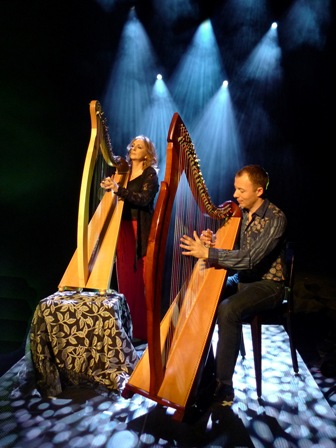 Why have so many people composed songs in Irish in the last 50 years?  What inspired them to do so, and what are their backgrounds?   These matters will be the focus of a new radio series, Liza mo Stór agus Scéalta Eile, starting on RTÉ Raidió na Gaeltachta on Monday 11 January at 9 pm.

Colm Mac Séalaigh, composer and musician, will present and produce the series, telling the story of the modern day Irish-language songwriting industry.

The series will focus on a wide range of songs and styles – from traditional to modern to contemporary, rock, pop, reggae etc, on themes of love, loneliness, emigration, heritage, humour, sadness, happiness, and more.

We’ll hear 176 songs in total during the series, with contributions from 31 composers, as well as others involved in the industry directly and indirectly.  We’ll hear about the role of bands, from We4 to the Rubber Bandits, from Clannad to Kíla, as well as the importance of organisations such as RTÉ Raidió na Gaeltachta, Gael Linn and Cló Iar-Chonnacht, to name but a few.  The series will also debate the importance of competitions, translations and different platforms to the industry.

This series received funding from the BAI through the TV licence, as well as support from RTÉ Raidió na Gaeltachta, Foras na Gaeilge and IMRO.

The 12 programme series Liza mo Stór agus Scéalta Eile will be broadcast on Monday nights at 9 pm on RTÉ Raidió na Gaeltachta, starting on 11 January.  The programme will be available for listen back on the RTÉ Radio Player.