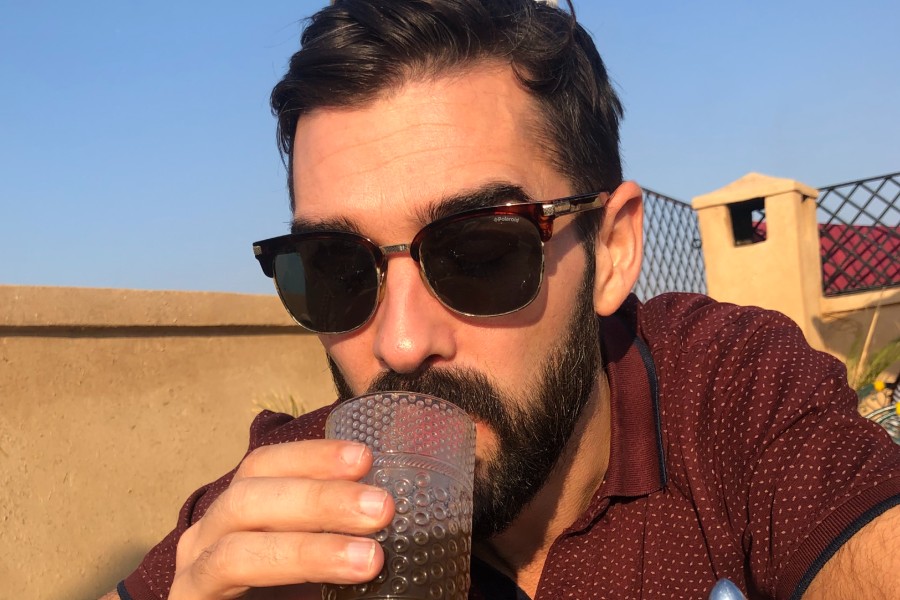 After five years in the Middle East, Gary McFarlane returned home to Ireland to spend Christmas with family before a planned move to Asia in 2020. But with borders suddenly closed and flights grounded, he found himself once again back at Insomnia Lodge—a converted recording space in Dublin at the back of his family home. The result, ‘Three Winters in the Capital’, the first Autumn Owls album in three years. Set for release on April 28th, the first single, ‘Agatha’, was released on March 21st.

Autumn Owls is the moniker of Irish songwriter, Gary McFarlane. Formed back in 2007, he released two EPs (‘Insomnia Lodge’ & ‘On the Trail of the Disappearing)’ in 2008 to critical acclaim. The band took advantage of this attention to hone their live performance and support acts such as Real Estate, Twilight Sad, Devotchka and Mark Mulcahy as well as headlining shows across Europe and North America. This led to a deal with Chicago-based record label Epitonic and the release of the debut album, ‘Between Buildings Toward The Sea’. The record was recorded in Chicago in 2012 with renowned producer, Brian Deck (Modest Mouse, Califone, Iron & Wine). The album received widespread acclaim, not least for its experimental nature. The band again took to the road for an extensive North American, touring with acts such as Why? and LOW.

McFarlane then took a break from touring and music and moved to the Middle East. However, in 2018 he did release new music for the first time in nearly five years when legendary DJ, producer and record label owner, James Lavelle, discovered unreleased Autumn Owls demos. Intrigued, Lavelle called on longtime collaborator, Cameron Craig (UNKLE, Bjork, Pulp) to work on the songs. The result, ‘Poverty and Ambition’, Autumn Owls’ sophomore album.