New Single and Album from CATALAN! 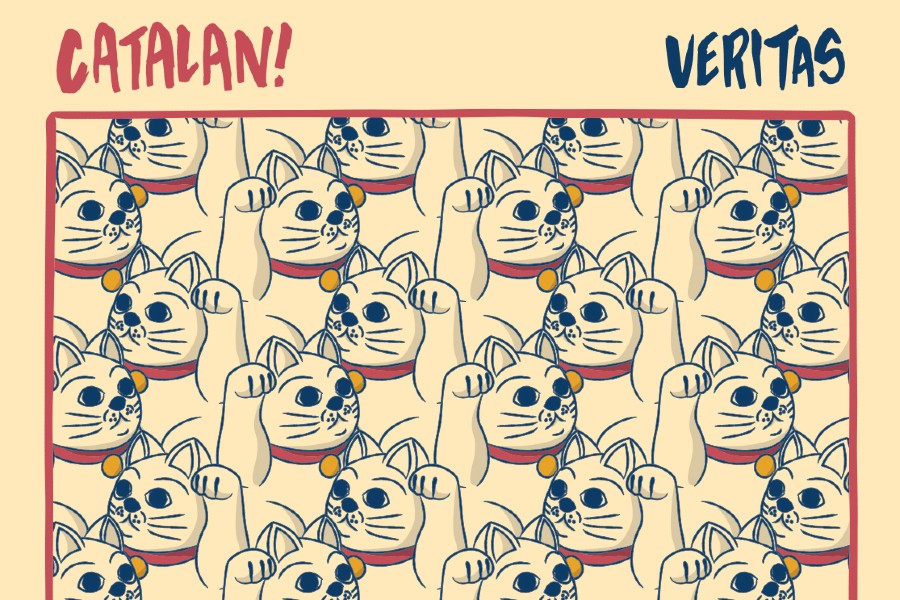 Naming an album after the Latin for truth seems like a bit of a precocious move, but it was borne out of a genuine desire to create an honest representation of Friers’ outlook, his truth. Following a string of eclectic singles and a handful of exciting live appearances Ewen retreated to a secluded glen on Ireland’s North Coast to record the debut CATALAN! album, ‘Veritas’ earlier this year. Creating a home recording set up in a massive modern house, Ewen and his live band, along with Ryan McGroarty (Beauty Sleep, Start Together Studios) at the controls, spent 10 days interpreting reams of voice memos, demos, lyrics and instrumentals into a fully realised album.

The album must be viewed as a journey; it darts between styles and musical traditions. The lyrics dance around the subject matter, they reflect our maddeningly fractured social media landscape. At one moment it’s cute cats and photos of latte art the next it’s the migrant crisis or climate disaster. This approach poses questions about how we’re realistically expected to process this complex web. A spontaneousness and freedom can be felt on the record, much of which was tracked live and without much obsessing over clinical details and more about a focus capturing a particular vibe.