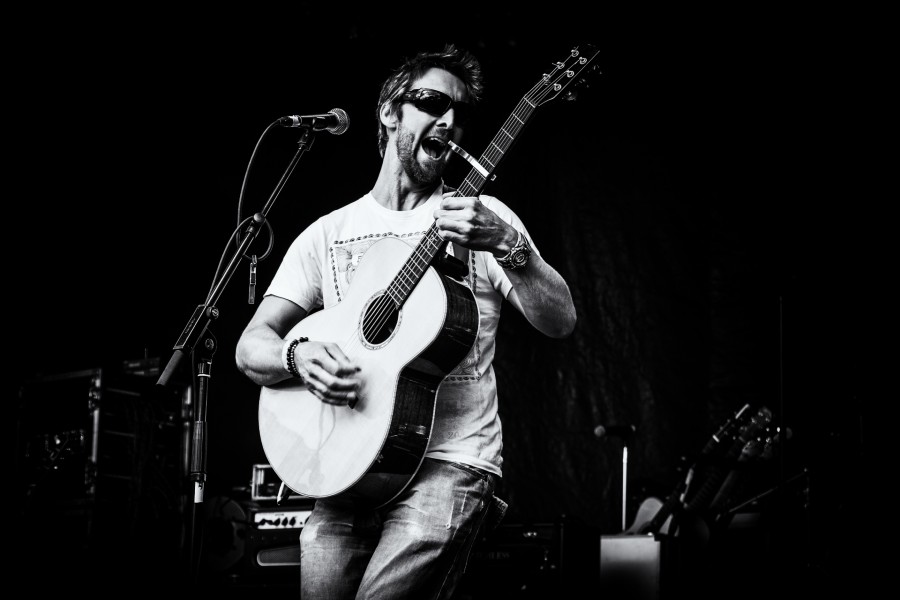 2020 Started off with a bang for Dean Gurrie as he got to play a sold out show alongside Ryan Sheridan at the world renowned Whelan’s in Dublin. After building a steady fan base in Italy he returned for a second tour in early 2020.

But, like everyone else, Dean got caught up in the whole mainstream news covering the Covid-19 pandemic.

In March of this year during Lock Down Dean sat down to write and record his brand new single ‘Sunrise’.

One early morning whilst going for a surf at his local beach at sunrise the whole idea for the song came together.

On one hand you have the stress and anxiety of our current world situation which is very real and something we all have to deal with but on the other hand we have all had to slow right down and recalibrate which I don’t think is such a bad thing.

“I haven’t seen skies this clear and weather this good since my childhood summer holidays.”

Also that quality time that I got to spend with our kids was invaluable and memories certainly made.

The meaning and message of the song is certainly in the title!

I wanted to write a song with a positive message. A message or even a promise that we will all come through this and be all the better for it.

“I know we’ll get through somehow, Like the stars above the clouds

We will dance and sing aloud, I can see.

Open arms and dreams to share, turn around and I’ll be there

After writing the song on acoustic guitar, Dean wanted to give it a more pop, mainstream feel.

Dean first crossed paths with world renowned producer Billy Farrell in early 2019 whilst opening for one of his artists  in Whelan’s.

They kept in touch and Dean always knew Billy was the man for the job!

“We had so much craic recording the song remotely from my studio. It was an absolute blast and I learned so much from Billy. He is an absolute gentleman and a true professional who goes above and beyond to make it all happen.“

Dean’s debut album ‘The Calling’ has been played on radio stations up and down the country including Radio Nova, Dublin City FM, KCLR. His first single ‘Boy’ got Single of the Week on both Highland Radio and Ocean FM.

He has also shared the stage with some of his biggest influences including Wallis Bird, Steve Wickham to name but a few.

The success of ‘The Calling’ also secured him mainstage slots at festivals including Sea Sessions, Live on Air, and also headliner at Sligo Lives Acoustic Stage.