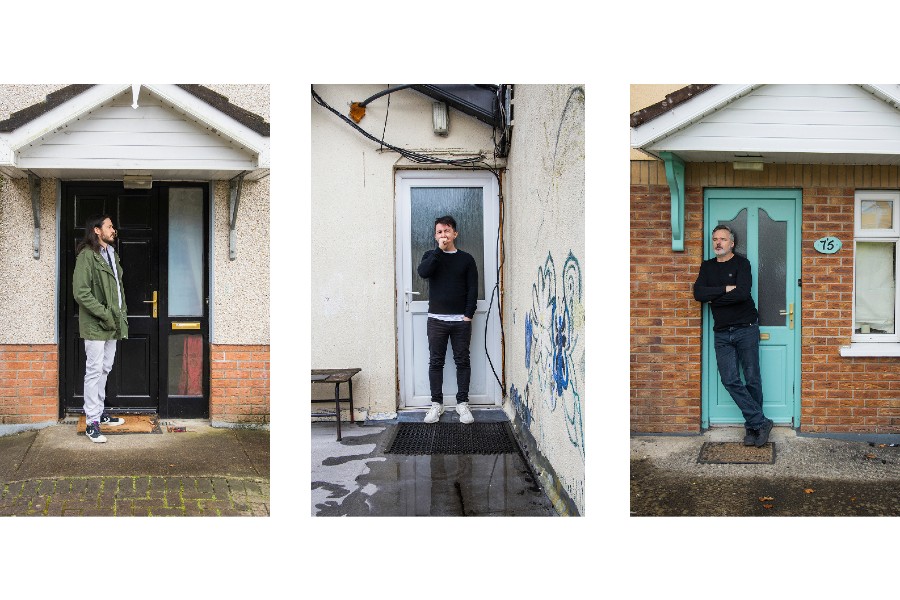 Three different decades, three lives, three minds brought into a room to feel the ever exciting chill of creation satisfaction. Foot Squeaker love to rock, to expand, grow and feed off their musical explorations, to do it for themselves.

Formed in 2018, Diarmuid and Mike spent that full year sculpting their songs and all the while Mike would quality control the riffage. Mick Byrne joined on bass in early 2019.

Citing musical influences such as Neil Young, Foo Fighters, Nirvana, Alice in Chains, Paul Weller, Queens Of The Stone Age, Pearl Jam, Weezer, Supergrass, Blur and Beck, the band scatter flecks of the above across their songs whilst maintaining their own rock recipe shaped by their individual experience and styles.

In January 2020 the band headed to Hellfire Studios, Dublin, to record four tracks with Ivan Jackman (Chad Channing, Sinéad O’ Connor, Girlband). The band released two singles ‘No Connection’ and ‘Wayside’ over summer 2020 garnering radio play across Ireland and countries across the world including Scotland, Canada and New Zealand. Their latest single, ‘Specimen’, has just been released.

Diarmuid talks about ‘Specimen’ –
“’Why are you crying?‘
‘He told me I was some specimen ‘cos of my hair.’
‘Don’t listen to that shite, you can do whatever you want with your hair.’ That’s what I told my son.

After I had played him the song I wrote for him for the first time we cried together in sadness and hope. (Spoiler alert) Specimen appears to be the most mellow tune in our set but by God does it tear you new ear canals in the second half.

We are looking forward to a sold out show in our local theatre as soon as restrictions allow. A striped back live video version of ‘Specimen’ comes out to accompany the single just days after its release.”

A few tickets remain for Foot Squeaker’s headline show in Gorey Little Theatre which has been postponed until sometime early next year, so join the mailing list on their website www.footsqueaker.com to keep up to date with show details. When the live scene returns Foot Squeaker hope to share the stage with some of their favourite Irish rockers: Fangclub, Silverbacks, Bitch Falcon, Thumper and Fontaines DC to name a few.