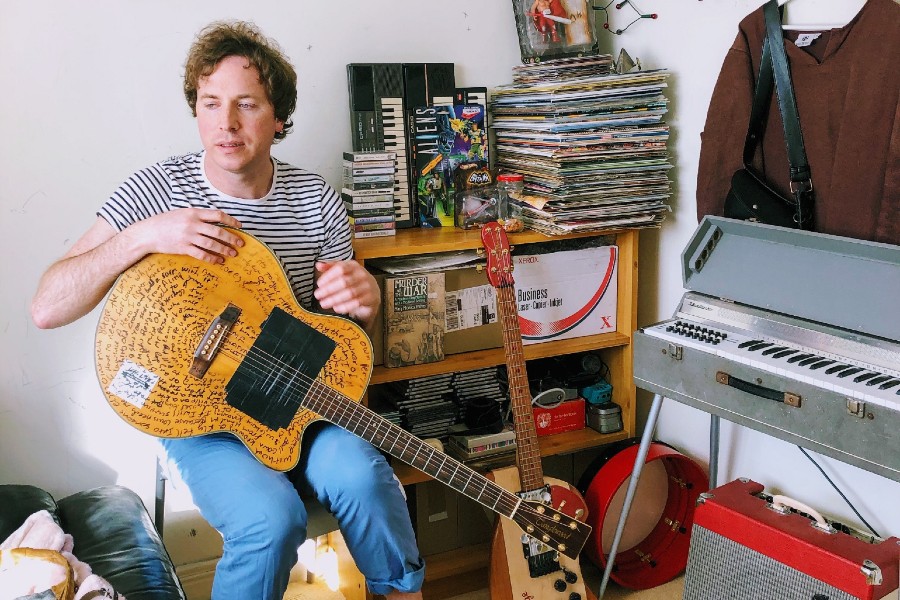 ‘Colosseum’ is out now on all digital platforms. ‘The Hill’, which will be released on October 16th, is available to pre-order via https://www.strangebrew.ie/

As Paddy explains about the new single – “’Colosseum’ is a Doo Wop song about Gladiators, or more specifically a song that deals with feeling out of step in a world not made for you. Your welcome to read into the allegories, but I’d be just as happy if you took the words literally and treated it as the rock n roll anthem for Gladiators, your call!”.

Paddy explains further about the album – “We lost ourselves on ‘The Hill’, Daniel, Daniel, Adam and I. a seemingly endless spell of isolation spent banging sheet metal, rusted hubcaps and blistering our fingers through non stop recording.

Most importantly however, I just wanted to put the past behind me on this record, I wanted to leave it on the hill. I hope you enjoy my therapy”.