Track Dogs , the acoustic four piece based in Madrid, announce the release of their new EP which features the brand new single “Show Me The Sun”. 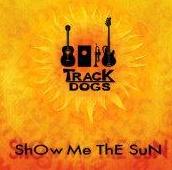 Perhaps inspired by the new lease of life given to them as a result of the name change the new material shows the energy and freshness you normally associate with a “debut” album combined with the confidence and diversity you would expect from a band with as many miles under their belt as Track Dogs.

Apart from the new EP release the band have prepared a deluxe version of their album, simply titled “Track Dogs”,  which contains the new single, two remixes, and a previously unreleased track, “Fear Inside”,  which features on a series of live TV concerts the band recently filmed for TVE1, Spain’s national TV channel.

The band will be touring in the UK in May and have been selected to take part in a Europe wide campaign for Heineken which kicks off in Spain at the same time.

Wall continues to sing and write for TV and cinema and was featured on the soundtrack to “Buried” starring Ryan Reynolds. He is also main vocalist on all 52 episodes of acclaimed animated series “Let’s Go Pocoyo“.