The Kevin Barry Room at The National Concert Hall

NewSoundWorlds joins forces with The Contemporary Music Centre to present an evening of Irish new music. On the back of their successful Spring Tour around Ireland, join us in welcoming the RTÉ Vanbrugh Q 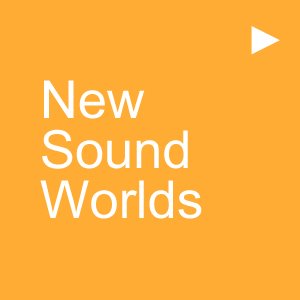 uartet to the Kevin Barry Room and prepare for an evening of home grown talent. Including works commissioned especially for them, the RTÉ Vanbrugh Quartet perform an inspired programme of Irish works.

This performance includes the World Premiere of a new work written by NewSoundWorlds curator Siobhán Cleary, and, again, commissioned especially by the RTÉ Vanbrugh Quartet. A part of a ballet currently being written by Cleary, it is based on folktales from Southern China and incorporates folk songs from the Yunnan province.

Also included are two other works previously commissioned for the RTÉ Vanbrugh Quartet. Take this opportunity to hear Ian Wilson’s Winter’s Edge; undoubtedly one of Wilson’s most popular works, the piece has been performed by a surprising number of quartets since it’s 1992 commission. Deirdre Gibbon’s Merrow Sang was commissioned in 2007 for the 21st birthday celebrations of the RTÉ Vanbrugh Quartet and remains a staple in the quartet’s repertoire.

The quartet complete the performance with works from prolific Irish composers Raymond Deane, David Flynn and, one of the fathers of 20th Century Irish music, Aloys Fleischmann.Embers is an early popular work by Deane and has been much performed since it’s 1973 premiere, while David Flynn has spent much time exploring a relationship between contemporary music and Irish traditional music; hear the quartet participate in this exploration through The Cranning!

NewSoundWorlds can also be found on Facebook or Twitter – stop by and let us know what you’re up to!

Tickets are available from The National Concert Hall