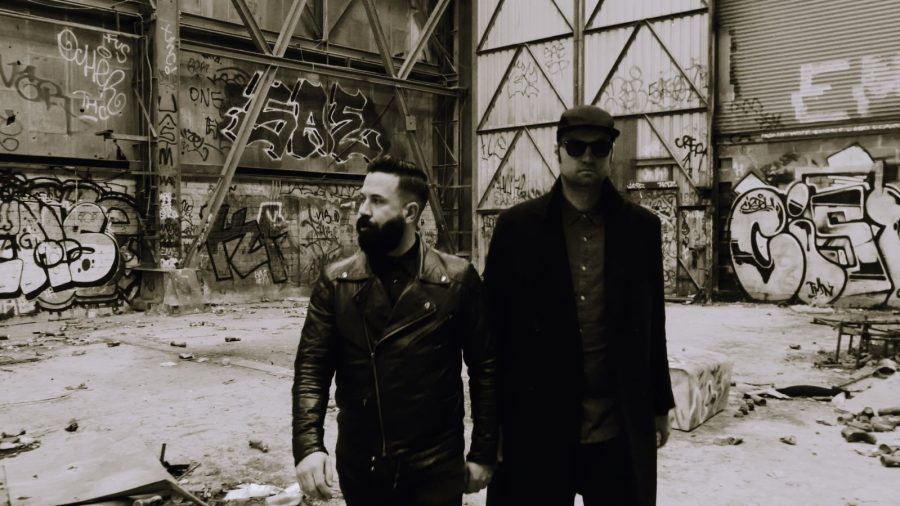 New Valley Wolves is a rock n roll juggernaut spat out from the back-alley guts of Dublin City. Jonny Lucey and Baz Joyce are sonic powerhouses, forces of nature that play with the impact of a nuclear bomb. If Queens of the Stone Age, Black Rebel Motorcycle Club and The Black Keys had an abominable baby, and that baby grew up to be a badass musician – it would sound like New Valley Wolves.

Since exploding onto the Irish music scene in 2014, NVW have scorched a path across Ireland, England, Holland and Canada. Their debut album ‘Refusal Is Our Weapon’ was released to critical acclaim at home and abroad. They’ve graced the stages of all the big Irish festivals and were invited to play to a crowd of 10,000 at Appelpop Festival in Holland (which they smashed). Jonny Lucey and Baz Joyce are childhood friends.

Both grew up in Dublin. Diverging paths took Jonny to West Cork and Baz to Australia. When they found themselves back in Dublin – a need to play hard rock drew them together on one fateful night for a friendly jam – the rest is history.

They’ve built their reputation as Ireland’s fiercest live band through relentless gigging at home and abroad. With a sound bigger than an A-bomb and energy that border on psychotic, New Valley Wolves play dirty blues rock riffs with a sinister edge.

New Valley Wolves are back. The Dublin rock duo return with their second record, The Gospel EP, on April 28th in The Workmans Club Dublin followed by a nationwide tour including three dates supporting the epic Black Stone Cherry.

The Gospel Tour will take in the following venues:

May 19th The Poor Relation, Cork. Support from Order of the Mess and Crojayn