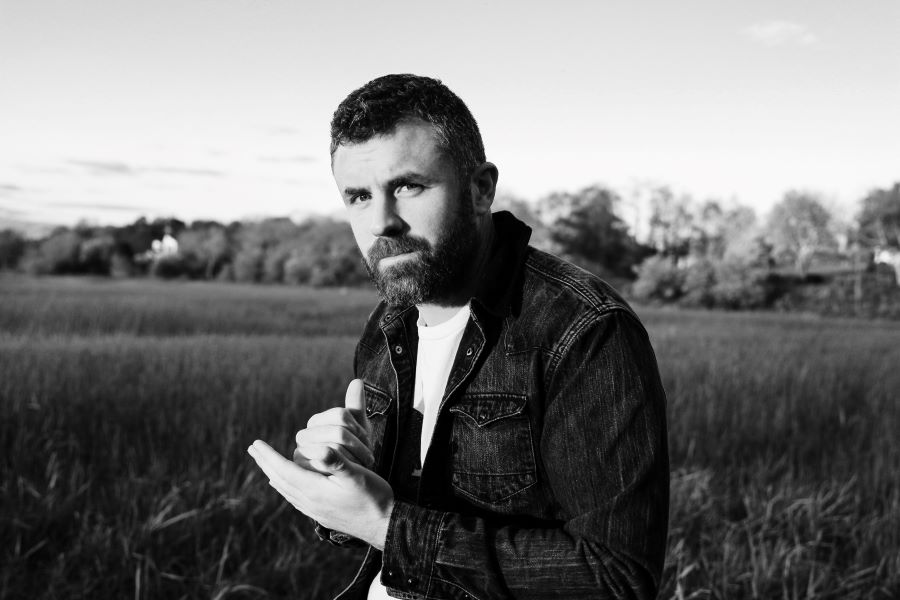 The arresting black and white video speaks straight to that universal struggle between outer and inner self. Inner voice calling out for attention. Outer – shoving it away https://linktr.ee/WastelandVideo

Commenting on the release of the film today, Mick says: “Here is some new content in strange times. Hopefully you are coping with the challenges, mentally and otherwise. I’d like to thank all involved in the making of this video, especially to Sinéad McDevitt who directed, and Steve Wall who starred. I think they did a great job, I’m happy this is being released. All the best.”

A master of nuanced micro-expression with an incredible dexterity of emotional range, Steve Wall stars in the lead role for the film.

Steve is no stranger to our eyes and ears – an Irish musician and actor, lead singer and songwriter with legendary bands The Walls and The Stunning, he is also known for roles in Vikings (MGM/History), Silent Witness (BBC), Moone Boy (Sky), Rebellion (RTE), Warrior (HBO/Cinemax).

Discussing his part in ‘Wasteland’, Steve Wall said: “My initial feeling was that it might confuse people to see the lead singer of two well-known Irish bands appearing in a video for a fellow Irish musician. But then again, artists in the world of Hip-Hop and even folk music collaborate all the time, so why not a musician and a musician-turned-actor? If it gets people talking then it’s a good thing. In the end though it was the song that convinced me, it’s beautiful, tragic and uplifting with an amazing vocal performance… Mick Flannery at his very best.”

Dublin-born Sydney-based Director Sinéad McDevitt says: “When I first listened to Wasteland, it hit me in the belly *wallop* F**k that’s powerful. I started writing the treatment and as I listened more and more, I was reminded of the older men in my life. The generation who embody that stoic, outer ‘performative’ self – with the inner, more vulnerable self hidden away somewhere.

Growing up on the northside of Dublin through the ’80s and ’90s, I certainly felt – even as a child – the social expectation upon men to act as financial provider and remain stoic, no matter the circumstances. Any open talk of gender roles, loneliness or repressed childhood injury would’ve been alien or taboo to the vast majority of families at the time – creating disconnected emotional wastelands within both sexes.

And so as Mick sang, the story of an everyday man running from his pain played out in my mind.

I saw it set in ’80s recessionary Ireland; shot in black and white to represent the timeless theme, as well as the polarity between conscious and unconscious. Key film references for the piece included Shame by Steve McQueen and Song of Granite by Pat Collins amongst others.”

The ultimate hope for ‘Wasteland‘ is that it might light a spark inside us – just a little reminder that underneath our self-sabotaging human behaviour, lies the simple truth that we’re all worthy of love, maybe even the shadow of self or the hidden bits the most.