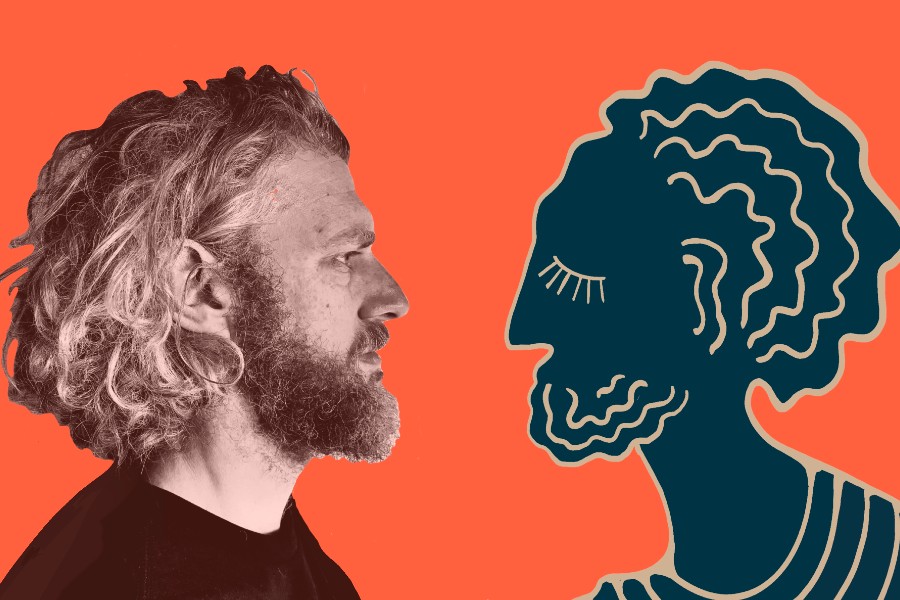 K3:lu (pronounced Curlew) is the solo project of West Cork based musician and composer Patrick Hatchett. Speaking about ‘Kush On Anon’, he says:

“This track came from exploring the connected ritual of the dancefloor and the place of worship. How the two worlds would often pass each other by early on a Sunday morning in their search for similar experiences through differing means.

Taking inspiration from the ‘Pick ‘n’ mix’ style spirituality of the new age movement, the film plunders ceremonies, destinations, characters and visions in search of a connection or sense of place that we all seek. ‘Kush on Anon’ harks back to VHS ‘rave’ footage, 70’s funk and soul shows, Waco cults, wild festivals, mind altered states and nature’s influence on the proceedings…”

‘Kush On Anon’ is taken from K3:lu’s debut album of the same name. The record has received widespread praise for its ‘genre defying’ collection of tracks with overwhelming press and radio support across Ireland, the UK and abroad. “All of which I’m ‘over the moon’ pleased about,” says Patrick.

The project is phonetically named after the curlew, his favourite bird to be seen around the West Cork area where he now lives, having moved from London in recent years.