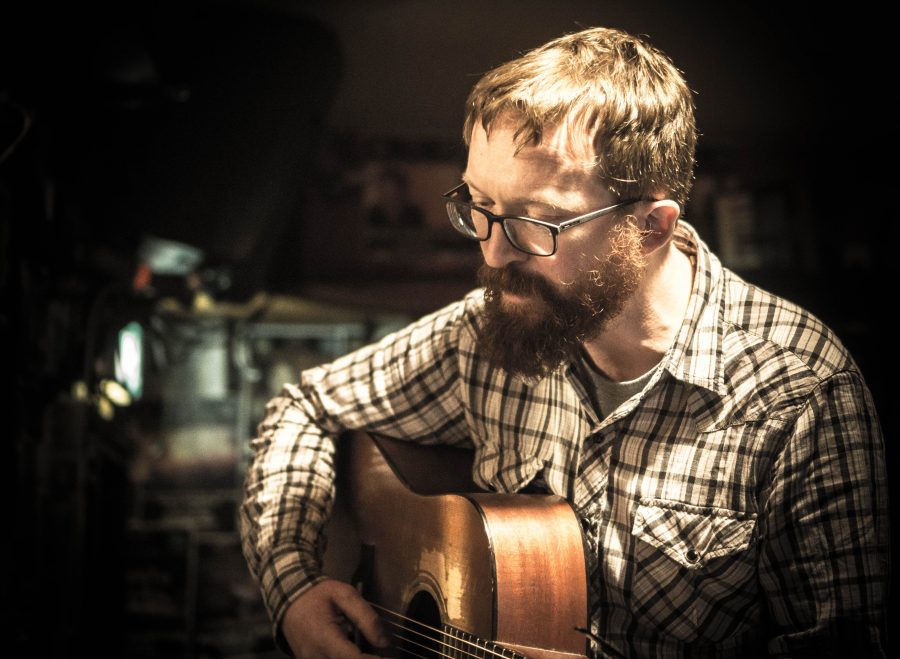 Niall Connolly returns with his 8th studio album and tour. ‘Dream Your Way Out of This One’, released 15th September, evokes the longing to keep a hold of our humanity amidst the fractured and fragile status of the current social climate. The album is a response to a perilous modern zeitgeist: an attempt to understand, to resist, and, ultimately, remain hopeful. ‘Dream Your Way Out Of This One’ is Connolly’s most political album to date conjuring imagery of conflict and its consequences, both past and present.

Exploring his experience as an immigrant in a society as it stratifies, atomises, and shows the potential to fray, Connolly observes the effects of political climate on family as well as society. Written amidst the social tempests that call into question all we take for granted, Connolly depicts the change in how we now respond to this unmasked world. Echoing the poetry and defiance of songwriters from turbulent decades past, Connolly brings a multicolored palette of emotion to this 12-track album. ‘Dream Your Way Out of This One’ is a collaboration between Niall Connolly and his long-term New York band: Dennis Cronin (Vic Chesnutt, Guided By Voices, Lambchop, Willard Grant Conspiracy, Vitamin-D), Chris Foley (Arlen Roth Band, Mother Feather, Susan McKeown, Michael Brunnock, Thisway), Len Monachello (All Night Chemists, Thisway) and Brandon Wilde (All Night Chemists, Thisway, Black Bunny). It also features guest performances by Deni Bonet (R.E.M., Cyndi Lauper, Sarah McLachlan and more), Javier Más (former multi-instrumentalist with Leonard Cohen) and Glen Hansard. Together they have created Connolly’s finest album to date.

‘May 12th, 1916- A Song for James Connolly’ explores the political through the personal. Told from the point of view of James Connolly’s daughter, Nora, and his wife, Lily, listeners experience the layers of a life behind a historic figure.This song’s creation was the result of a challenge from the great Dublin singer Susan McKeown in preparation for the centenary of 1916, and draws on factual documents and interviews with Nora Connolly.

‘Artificial Lake’ as lead single asks the listener to question their perception of the reality being offered to them. Yet it’s also a call to find joy despite the loss of innocence. “I know, I know, it’s an artificial lake/but the swans are real, and the trees look great.” With it’s 90’s feel and punchy hook, ‘Artificial Lake’ encapsulates the essence of ‘Dream Your Way Out of This One’ – a succinct and formidable building block for an album of encompassing scope. A highly engaging and entertaining storyteller and performer, Connolly has played international festivals including Glastonbury, Prague Fringe Festival, Cork Folk Festival, Acoustic Festival Düsseldorf and Cuala NYC. He will embark on 17-date tour across Ireland where he will bring his new collection of stories to the stage and sitting room. Dream Your Way Out of This One was produced by Brandon Wilde in the songwriter’s adopted home in Brooklyn and mastered by Ruairí O’Flaherty in Los Angeles.

“Terrific. Disarming and beautifully crafted folk-pop. Connolly is a witty storyteller and a not-to-be-missed songsmith.” – The Chicago Tribune

“Among the most vibrant, poignant, and authentic indie folk artists in New York City.” – No Depression