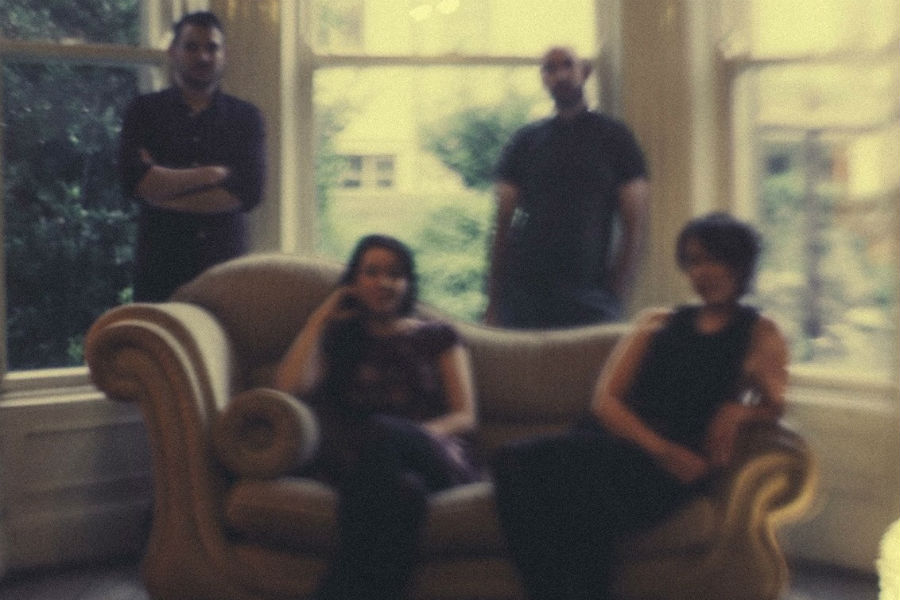 October Fires have just released their latest single ‘Pray’. It is the second release by the band since forming in September 2017 with their debut track entitled ‘Traces’. The band recorded ‘Pray’ at home with the help of their friend Ciarán Diver. The track was mixed by Gavin Glass in Orphan Studios.

The band’s name was inspired by the smoky scent in the air walking home from practice one autumn night. October has a unique vibe, with its perfect blend of beauty and eerieness, a trademark of the band’s sound.

Their music is continually inspired by this balance and the time of year is such a favourite, that band members Carol and Eoghan even held their wedding on October 28th 2017, cementing the future of the band!

Carol and Lisa met in 2002 studying music in Maynooth University. They’ve been inseparable ever since after finding an innate ability to harmonise together, even been able to predict what the other is about to do! This bond has become the central feature of the band.

Eric, Carol’s brother, was the final piece of the puzzle, much to the delight of the other members, joining what has now become a tight musical outfit. Their style is difficult to pin down but fans have likened their sound to ‘Radiohead meets Tori Amos’.

Their lyrics and vocals range from dark to airy, whimsical to witchy, embedded with gritty and driving sounds, October Fires are looking to set every venue alight!

The band’s debut EP is set to be released Halloween 2018.