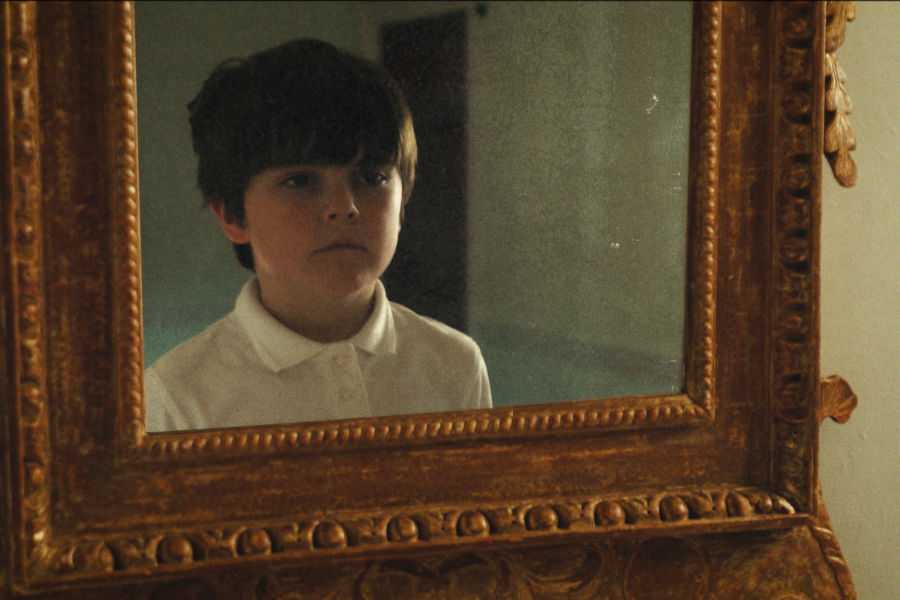 Dublin post-punk band Odd Morris have just released the video for their second single, ‘Lilac Leaves’. The video was directed and produced by Cashmere Media.

‘Lilac Leaves’ is a dark, brooding song with a nostalgic quality, juxtaposed by beautiful imagery of a floral garden.

Vocalist Daragh Griffin says: “I wrote the lyrics to ‘Lilac Leaves’ while I was sitting at my window-sill in my bedroom at home, looking out into the garden. A friend of mine had said over a pint that his relationship with a family member was the greatest lesson in empathy he ever had, which really struck a chord with me. Writing ‘Lilac Leaves‘ was my way of acknowledging forgiveness within a turbulent relationship before I moved out of the house I grew up in.”

Daragh, Kris, Ciarán and Sam met at school in the north Dublin town of Swords. In fact, the band’s name is derived from the name of the author of their Leaving Cert. maths book – O.D. Morris. Clearly, the four schoolboys had ambitions that didn’t involve algebra.

Off the back of releasing just one single in March this year, Odd Morris have played at Ireland’s two biggest festivals, All Together Now and Electric Picnic, as well as support slots to the likes of Ezra Furman, Fat White Family and the NME-touted band, FEET.

This week, Odd Morris are gigging in London last night, Thursday 7th November, Belfast on Friday 9th and  Derry on Saturday 10th. They have just announced a headline show at Whelan’s in Dublin on Friday, 31st January 2020, presented by Aiken Promotions.