Offica’s A92 Make Their Collective Debut with A9 Link Up 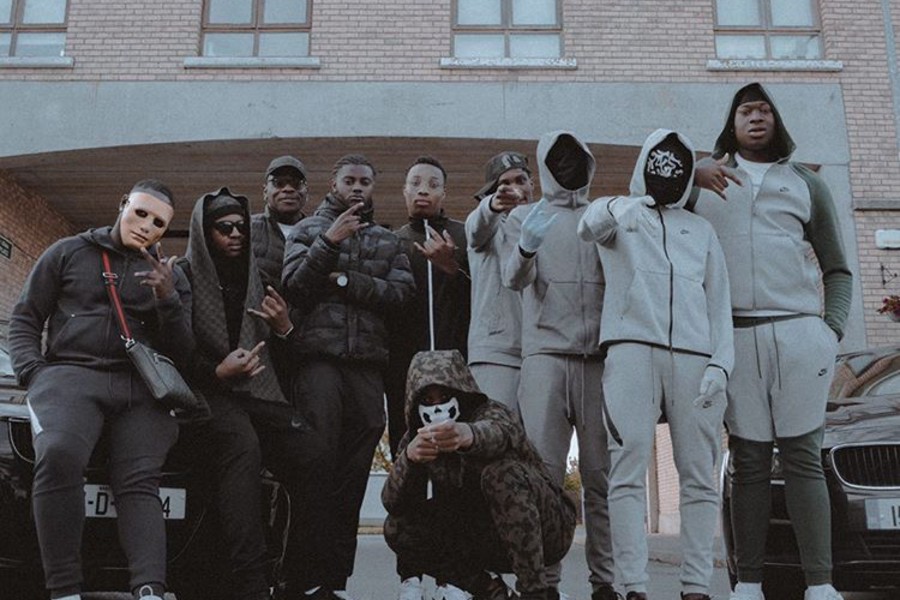 Introducing A92, the collective at the forefront of the Irish drill scene. The collective who are commercialising drill music in Ireland and putting Drogheda on the map, named after the postcode of Drogheda in Co.Louth where the group was formed and where they all grew up. All current members were recognised for their introspective bodies of work before joining the group. Formed by manager Joel Safo of JS Management, the collective formed after founding members OFFICA Ireland’s most successful rapper in a generation, in the space of a year with a commitment to quality over quantity, he’s notched up 16 million+ streams across a mere 6 tunes. Released single ‘No Hook’ with BT the first artist in the door. In came Nikz after releasing ‘Hands On My Heart’ followed by K-SAV and ACE. DBO who was a solo artist was recruited after Safo discovered him, last in the door was Kebz who was living in the UK, he returned home and was welcomed into the collective with open arms. Joel commented, “These boys are not looking for short term clout, these boys are looking for success and that’s the mindset we have around here.” The group motto is to push each other, “it’s all friendly competition but we are all trying to get that number one spot.”

Each member brings a different personality and  flavour to the collective, in a group discussion here is what the group had to say about each other:

OFFICA – The Officer in Charge, “No real introduction needed.”

Nikz – The Punchline King, “He got barz for days.” “Crazy ability to adapt to any beat.”

K-SAV – The Storyteller, “Slows down time and makes you deep his lyrics.” “Glides on any beat.”

DBO – The 6’8 Giant with a devilish voice “Hardest work ethic.” “Doesn’t miss.” “Makes music for everyone.”

KEBZ – The Flow King. “An extremely diverse artist.” “Most unique flow you will hear.”

Their first track out as a collective ‘A92 Link Up’ is out now, It’s the ultimate introduction into who A92 are and what each member us about. Taking a peek into their worlds verse by verse we find out who’s who and what’s what. Back up on bouncy drill beat courtesy of JBJ (JayBenJay) the 17 year old Navan native who has gained the attention of UK rappers Mist, Krept & Konan, Headie One. Alongside earning credits on Rap Man’s single ‘Premier League Wrap Up’ and racking in over 2.2million views and almost 9k subscribers on Youtube.

What can we expect next from you guys: “Expect bangers, straight bangers. We have an EP  coming soon, The EP will spin people’s brain cells. No better way to put it. Every single track is sick, it’s actually disgusting like.”