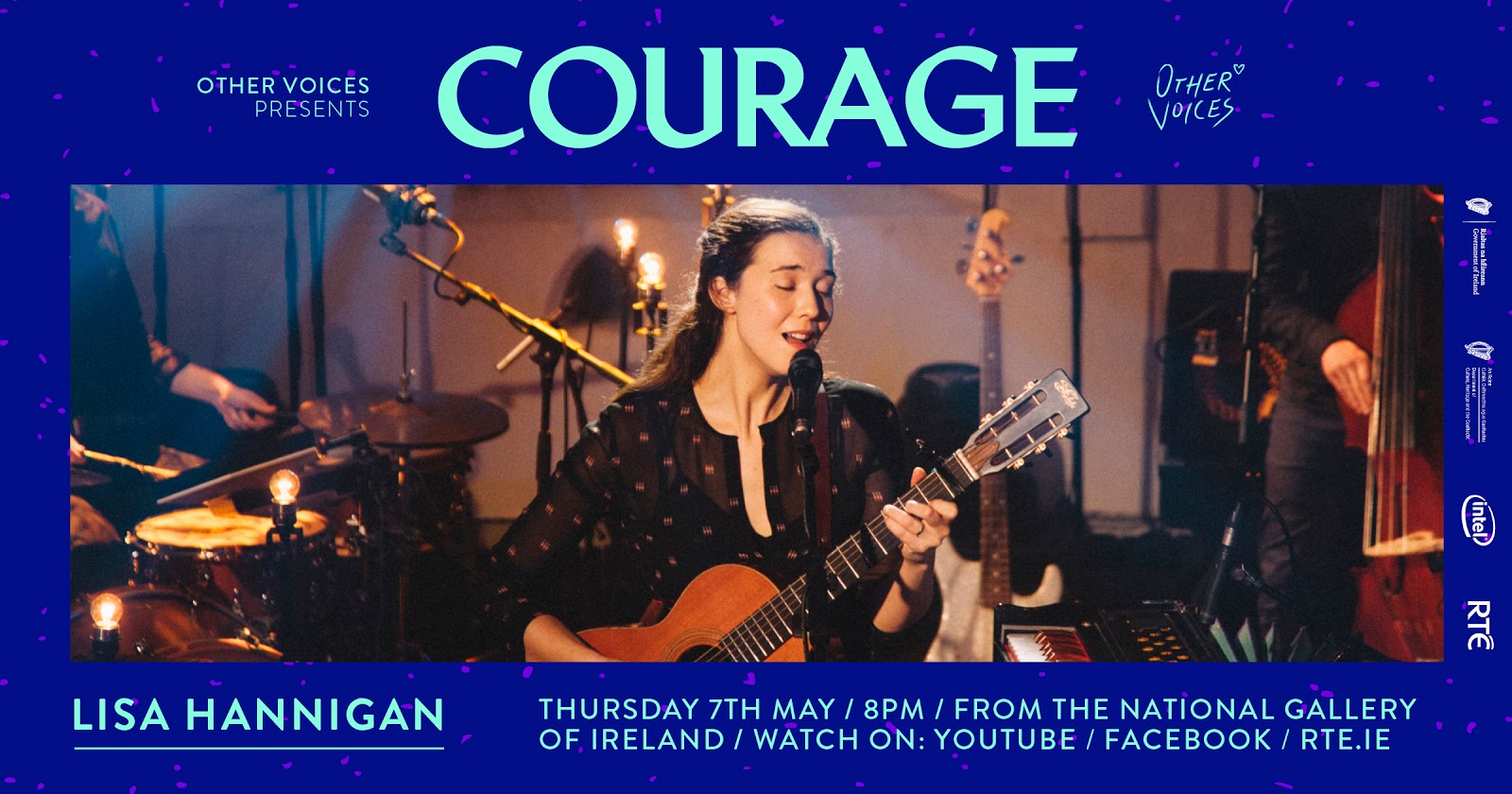 Other Voices ‘Courage’ has garnered a fantastic global response since it began on the 23rd of April, with hundreds of thousands of viewers tuning in worldwide. World renowned singer-songwriter Lisa Hannigan will be performing from the National Gallery of Ireland this Thursday night.

Long time friend of Other Voices’ Lisa Hannigan, released her third album At Swim in 2016. The evocative record was produced by The National’s Aaron Dessner and includes the beautiful Seamus Heaney poem ‘Anahorish’, set to music by Lisa. In 2019, Lisa Hannigan released her first concert album, with the Berlin based contemporary classical orchestra s t a r g a z e. Both Lisa and s t a r g a z e  joined Other Voices in Berlin last July to perform songs to celebrate President of Ireland Michael D. Higgins’ state visit to the Federal Republic of Germany.  This Thursday night, Lisa Hannigan will play songs for you, live from The National Gallery of Ireland. Tune in on Thursday night at 8PM GMT on YouTube, Facebook Live and RTE Culture.

To date, ‘Courage’ live streams have featured performances from Ye Vagabonds, Sorcha Richardson, Caoimhín Ó’Raghallaigh, Rhiannon Giddens and Francesco Turrisi. The project has gone from strength to strength, with over 200,000 tuning in worldwide to date.

8PM – Expect to see an electrifying set from Dublin’s own Mango X Mathman live from Whelan’s.

Tune in to watch a stunning, uplifting performance from the BBC Radio 2 Folk Award winning brothers Ye Vagabonds, recorded in Whelan’s, Dublin. The TV show includes additional performances which were not included in the live stream.