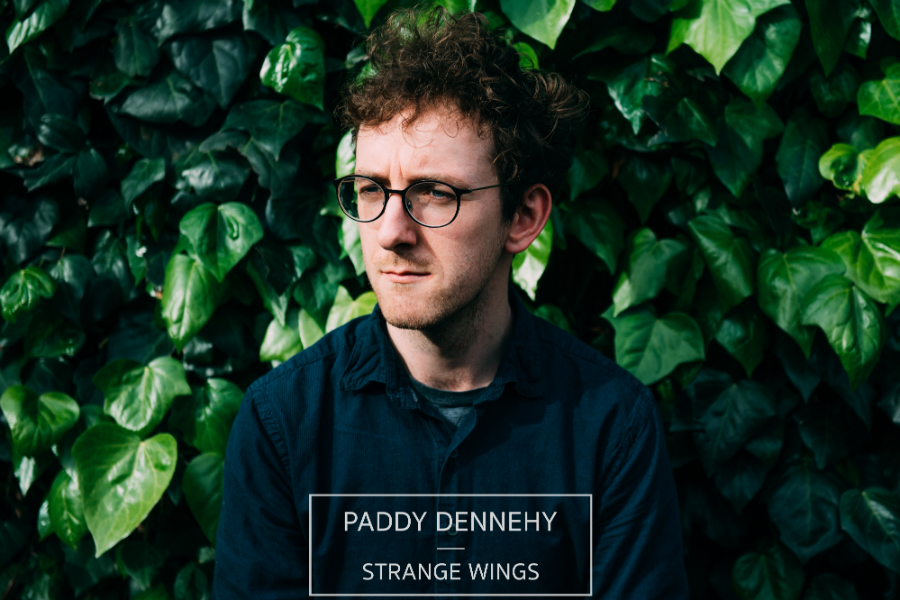 Lauded by Glen Hansard, Dennehy found success early, playing to a packed Everyman Theatre as Hansard’s special guest along with a live performance on The Late Late Show. Following this collaboration with his band – The Red Herring, Dennehy has been in the studio with producer Christian Best to focus his solo musical vision.

Limerick native Dennehy draws influence from fellow singer-songwriters such as Mick Flannery, Josh Ritter and Tom Waits. Dennehy doesn’t shy away from the big questions in life, his upcoming debut album explores themes of love, loss and religion in the most stark and personal manner.

‘Strange Wings’ is lyrically passionate and personal, touching on questions of love and god. This track captures the essence of Dennehy’s pensive disposition, how he strives to seek happiness in those around him, rather than looking to a higher being.

“Any sense of love or joy has come from the people around me, not the potential of something above me.” – Paddy Dennehy

‘Strange Wings’ is available for digital download and on all streaming platforms.