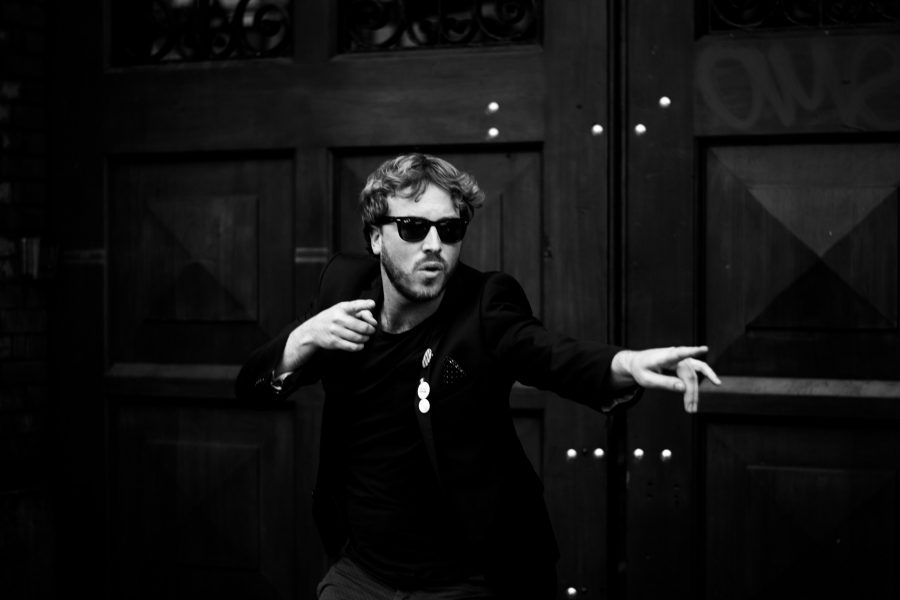 Dublin-based songwriter Paddy Hanna today reveals ‘Toulouse The Kisser’, another track from his forthcoming album ‘Frankly, I Mutate’, which will be out 2nd March.

As Paddy explains about the new single – “It’s a travelogue of drunken misadventure, watching your future waste away and accepting you will become the person to whom people say, “at least I’m not that poor fool”.

The album was recorded in Bow Lane studios, which was knocked down a month after recording. Everyone was required to wear foundation during the recording process!

“We took the unusual route of lavishly recording many of the tracks around roughly recorded demos, almost like tracing over a four-track demo with an orchestra”.

Producer Daniel (Fox) was keen to give the album a wall of sound feel, so it was his idea to bring in the strings and horns. The strings were arranged by Ena Brennan.

Hanna’s sophomore album will be released via Strange Brew Rekkids. Following on from the singles ‘Bad Boys’ and ‘Mario Lanza’,  Hanna continues with an orchestral element to his music, along with contributions from members of Girl Band, Saint Sister, Tandem Felix, Cian Nugent and the Cosmos and the Trinity Orchestra.

Hanna played the HWCH 2017 festival and along with his own dates in November and December accompanied by a live band.

The new album solidifies Paddy Hanna’s position as one of modern pop’s premier songwriters, pitching him right up alongside everyone from Meilyr Jones, to Arab Strap, to Richard Hawley.