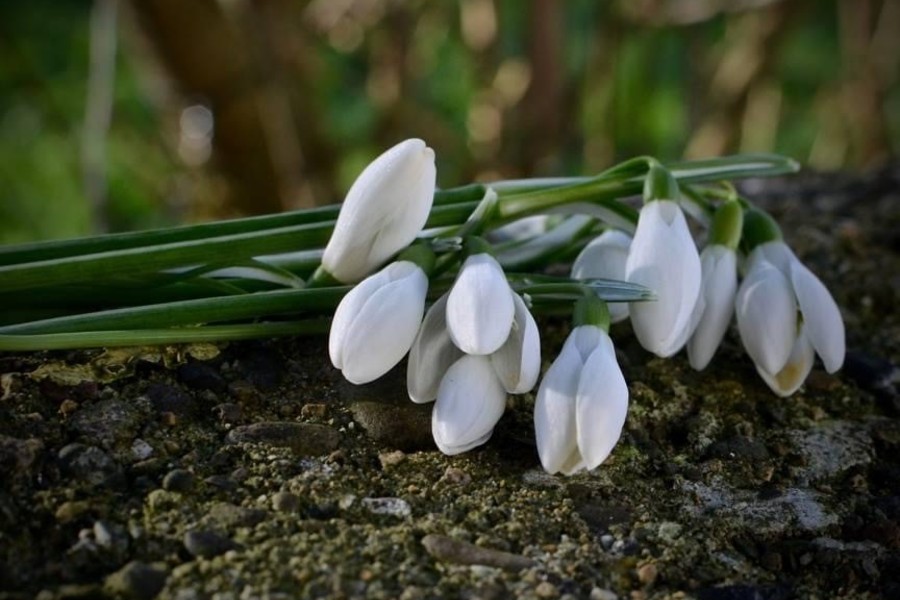 Pádraigín Ní Uallacháin continues on her creative lockdown journey and is releasing the third track of a new album of songs following the wonderful reaction to the first two tracks ‘Beannú’ and ‘Caoineadh Cine’ – released late last year. All three songs are an artistic response to the ongoing current pandemic.

‘Brigid Buach’ is a new song which celebrates the multiple gifts of the most illustrious and much loved goddess/saint in the Irish tradition. Brigid is the patron of the arts, craft, healing, fire, alchemy, new life and spring. Pádraigín says, “This song is at once ancient and new, and is released to raise Brigid’s healing spirit and ours, and to stir us into new energy as we move from one of the most turbulent times on earth to a springtime of new growth and awareness for humanity.”

Brigid is celebrated on 1st February, which is known as Imbolc, marking the beginning of spring in Ireland. One of the archetypal symbols of Ireland is Brigid’s Cross which may well have been an ancient pre Christian symbol of the turning seasonal wheel and invoking the power of the four directions. It is still continues to be made every year as a form of protection and blessing.