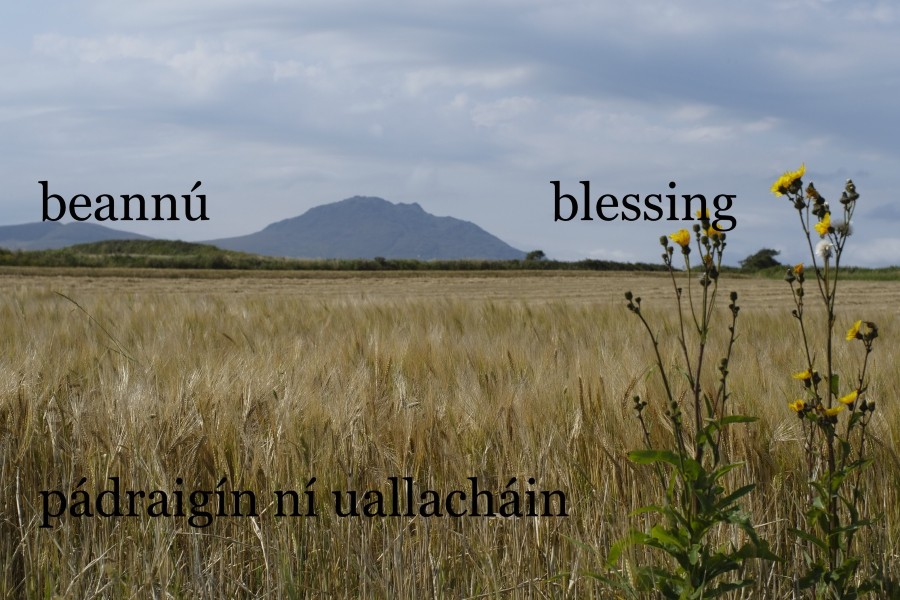 “‘Beannú’ is the act of blessing or salutation, and this newly composed song is a form of appeasement or incantation to nineteen, mainly forgotten deities and mythological goddesses, of pre-Christian Ireland. In Ireland, rivers, mountains, waves, streams, wells, and sacred sites are named after them, and indeed Ireland is named from Ériú, Fódhla and Banba; festivals and rituals, wars and seasonal feasts were once celebrated in their name and great offerings were made in their honour. Some of them were later Christianised, such as Brigid, the great mother goddess of them all. That I should invoke 19 female deities during the 2020 pandemic of Covid19, is purely coincidental!!” Pádraigín Ní Uallacháin.