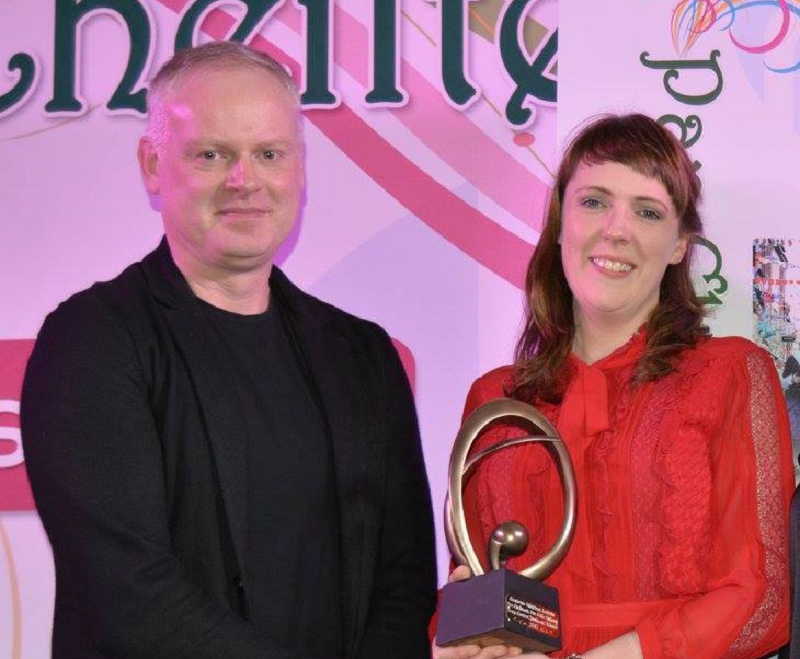 There was a tremendous turnout in the Seven Oaks Hotel for the Pan Celtic national song contest where eighteen original songs went head to head for the top prize of €1,000 and the honour of representing Ireland in the International Contest in April.

The 18 finalists from across the country, including three from Carlow, performed live before an audience of more than 300 and the judging panel of Seathrún Ó Casaide of the legendary Na Casadaigh family group from Donegal, RTÉ producer Brian Páircéir and traditional singer Deirdre Nig Eanruig.

Musical director for the contest was Ollie Hennessy while the Pan Celtic House Band featuring Ollie on piano and keyboard, Aoife Kavanagh on fiddle, Shane Hennessy on guitar and Tom McDermott on drums provided accompaniment for many of the compositions.

Local musician and singer Eric Butler was guest performer for the evening opening proceedings with a powerful sean-nós song as Gaeilge while his three songs at the interval ‘Mr Joe Bangles’, ‘Dhá Gabhairín Buí’ and ‘Farewell To You’ were magical. Main sponsor of the gala event was IMRO and director of marketing Mr. Keith Johnson was in attendance to present the national trophy and a cheque for €1,000. Gael Linn and Pan Celtic sponsored the runners up prizes.

The judges were extremely impressed by the high standard of the entries and were visibly moved by the professional delivery of all finalists.

Having listened to all 18 songs and marked each performance under the agreed criteria the marks were finally totted up and the winners announced. A big cheer went up when local young singer/songwriter Tadhg Ó Grifín was declared for 3rd prize and received €100 for his composition ‘Abhainn an Ghrá’. Méabh Ní Bheaglaoich of the great Begley family from West Kerry picked up 2nd prize and €200 for her song ‘Amhrán na nGael’ while the top prize of €1,000 and the Pan Celtic trophy went to Emer O’Flaherty of Ennis for her magnificent composition ‘Taibhse’. Emer will be back in Carlow on Thursday, 20 April to perform her winning song ‘Taibhse’ and represent Ireland at the Pan Celtic International Song Contest competing against the entries from the other participating Celtic nations of Wales, Scotland, Brittany, Cornwall and The Isle of Man.