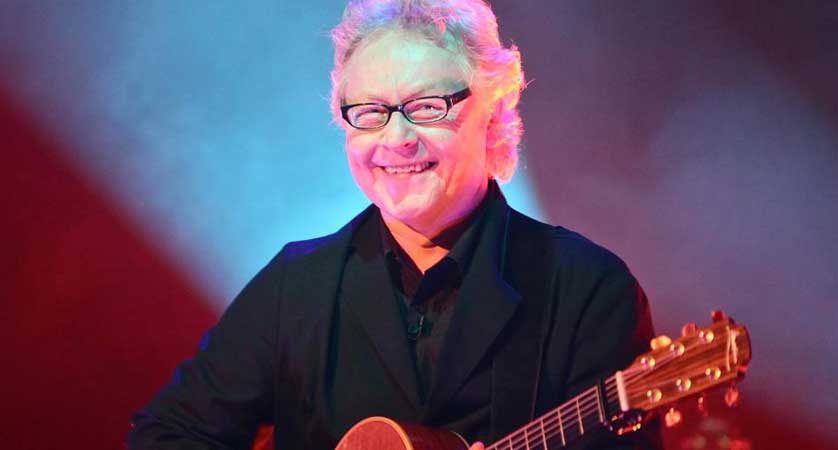 The prolific Irish singer/songwriter and multi-instrumentalist Paul Brady will be awarded the National Concert Hall Lifetime Achievement Award for 2015 in recognition of his career’s work. The award will be presented at gala evening of conversation and music with Paul and guests from across his remarkable life in music.

Considered one of Ireland’s most enduringly popular artists Brady’s illustrious 45 year career has seen his songs covered by everyone from Tina Turner, Cher and Bonnie Raitt to Joe Cocker.

Brady will be presented with his Lifetime Achievement Award at a special Gala event to be hosted by producer/director and friend Dave Heffernan at the National Concert Hall Main Auditorium on Friday 20 November 2015 at 8pm.
The event will see performances by Paul Brady as well as guest appearances by some of the high profile singers whom Paul has performed, recorded and collaborated with over the years.

“We are delighted to announce Paul Brady as the recipient of this year’s Lifetime Achievement Award. Paul’s contribution to the musical life of Ireland as both a performer and song-writer over the course of five decades has been immense. As with his predecessors as recipients of this reward, The Chieftains, Sir James Galway and Dr. Veronica Dunne, his work has also had a major international impact, putting the quality of Irish music making on a world stage”.