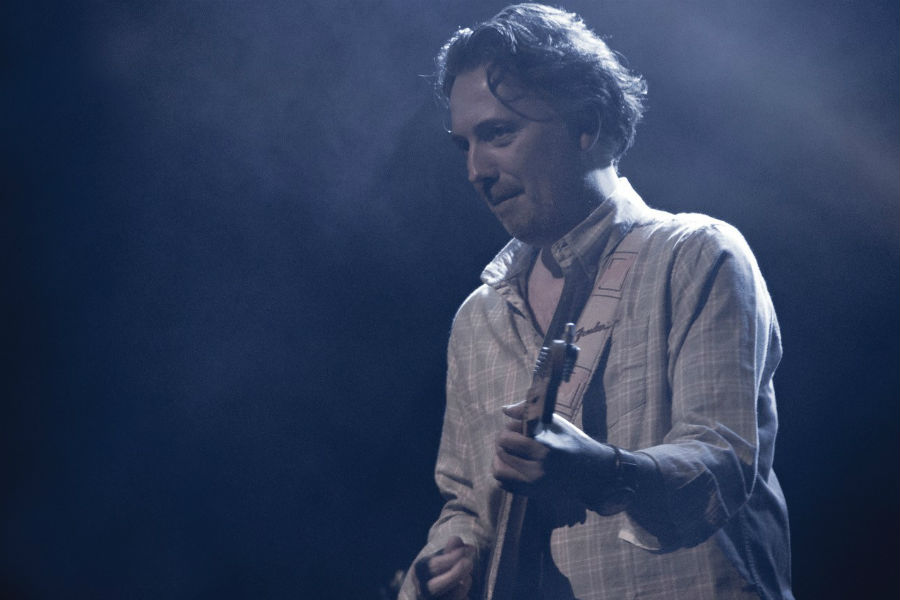 Hailed as one of the standout guitarists to emerge from Ireland in recent years – not to mention his mastery of songwriting – Paul Casey has returned to his electric guitar roots with his album ‘Moving On’.

Set to bring his classic guitar sound to radio – along with shades of Mark Knopfler – the album is peppered with songwriting sensibilities and evocative lyrics that reflect a maturity beyond Derry native’s years.

‘Moving On’ was recorded in Casey’s own Cable Junction Studio, which has seen a litany of world-class albums through its sound-desk in recent years, including mixing credits on Christy Moore’s No.1 album, ‘On The Road’.

With a string of songs made for radio, this is a wonderfully crafted album, produced and performed by Casey, and shines a dazzling light on his unmistakeable guitar playing and distinctive voice.

Part 1 one the album includes 10 brand new songs while Part 2 gave the songwriter/producer a chance to revisit his older material by reimagine and re-recording 10 fan favourites.

Casey’s songs have been making waves the US, on hit TV series on the ABC Network, including  ‘The Neighbors’ and ‘Wildfire’ as well as MTV’s ‘The Real World’. Paul was the studio engineer for Chris Rea on his album ‘The Santo Spirito Blues’, and toured with Rea as a guitarist and guest act on numerous European and UK tours. A household name in the North of Ireland, the self-effacing guitarist, singer-songwriter has been quietly honing his craft and looks soon to lose his ‘best-kept secret’ tag. Paul has supported everyone from Huey Lewis to Snow Patrol throughout his career.