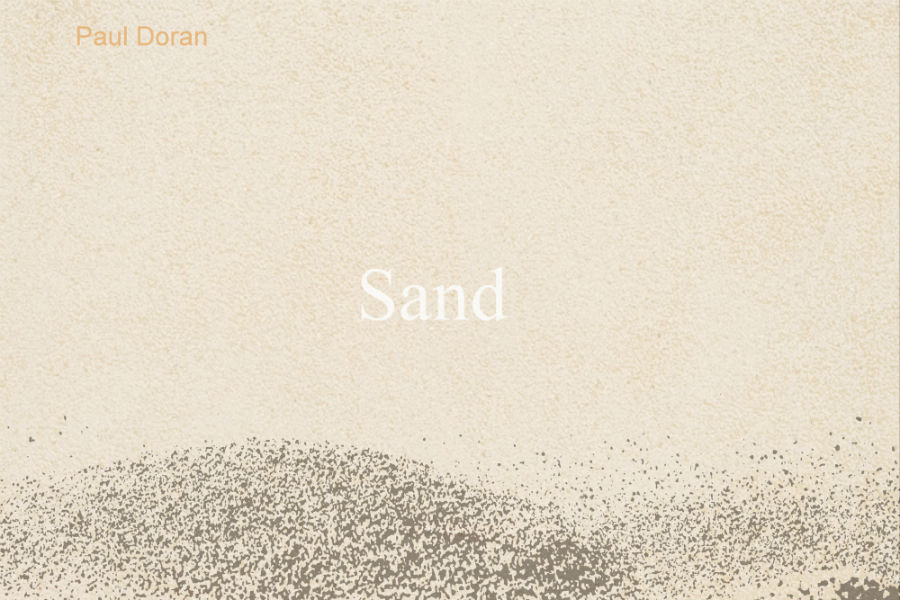 ‘Sand’ is the debut album from singer/songwriter Paul Doran, released on 1st May.

Known for songs like ‘Natives’ (Christy Moore and Paolo Nutini) and ‘Poison Words’ (Mary Black and Mary Coughlan), Paul is joined by some legendary names to record his debut album ‘Sand’. Featuring nine songs written by Paul, including ‘Natives’ and ‘The Gardener’ both recorded by Christy Moore and a cover of Tim Hardin’s ‘The Lady Came From Baltimore’ it brings together quality songs, a unique voice and musicians who have performed with Van Morrison, Rory Gallagher, Chuck Berry, Sinead O Connor, Ron Wood, Paul Brady and The Fleagh Cowboys

‘That Was My Heart’ has received a great reaction with airplay on RTÉ Radio 1, WLR, Ocean FM and KCLR 96FM.

Paul began performing his own material in Dublin venues in the 1980s supporting acts like Moving Hearts, John Martyn and Christy Moore while also working as a session singer for producer Bill Whelan and others mostly singing jingles’ for radio and TV. He co-wrote ‘Make It Work’ for the Self-Aid concert with Christy Moore who first recorded ‘Natives’ in 1987 leading to several other covers of the song. Over the years Paul’s songs have been performed by Christy Moore, Movin’ Hearts, Paolo Nutini, Mary Black, Mary Coughlan, Eleanor Shanley and others. He co-wrote ‘Make It Work’, the for the Seld-Aid Concert as featured on RTE’s National Treasures.