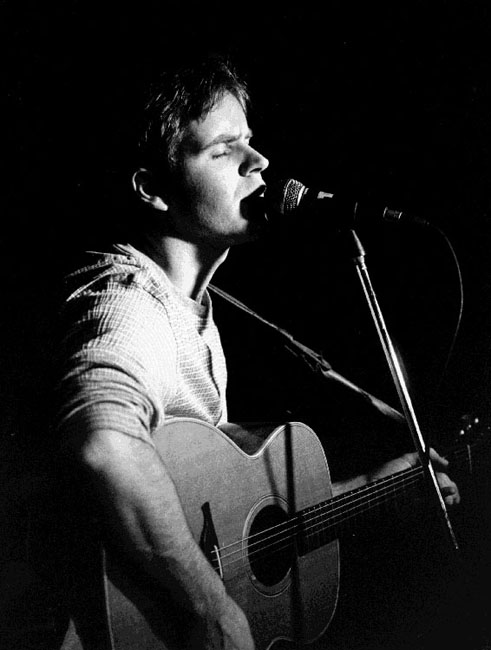 Paul McDonnell was announced as the winner of the Christie Hennessy Song Competition at the live final held in The Brandon Hotel, Tralee on Saturday night, for his song, “Superman”.

Ten finalists selected from almost 200 entries across Ireland performed their original songs in front of the live audience and panel of judges – Brian Hurley (Radio Kerry), Aidan O´Carroll (Kerry School of Music), Kieran Ruttledge (Holiday Tralee) and Keith Johnson (IMRO).
Paul McDonnell (aka Pal Steelo) is a solo performer who, before pursuing his own songwriting career, was lead singer/guitarist with world renowned trad group De Danann. In 2002 he teamed up with Dave Molloy and they collectively recorded over 60 tracks in various studios worldwide, including Cellar Studios, Fork Hill Co. Down where Dave now has a world class recording facility. Paul has recently enjoyed success in writing songs for TV and Film in US and Canada and has had tracks recorded by artists such as Ruby Amanfu, Tommy Fleming, De Danann and Paul Byrom.
The idea for “Superman” came to Paul one day while out cycling. “I thought of people like Lance Armstrong and soldiers who might have looked to Superman as their hero and how they give everything to get close to his hero status. There has to be the idea too that it´s ok just to like yourself as you are and that’s the basic idea of the song.”
Speaking on his win, Paul said “It´s so nice to be able to say I won the first Christie Hennessy Song Competition because of the association with a brilliant songwriter and a wonderful human being. The standard of writing was really excellent.”
Kieran Ruttledge presented Paul with a cheque for €1,000 on behalf of Holiday Tralee. The prize also included a recording session at the renowned Windmill Lane Studios in Dublin with writer/producer Rob Burke, courtesy of Tony Perrey and the Windmill Lane team.
The live final of the Christie Hennessy Song Competition took place as part of A Celebration of Christie Hennessy, a series of musical events hosted by IMRO which took place in Tralee from 12th – 15th October as a tribute to one of Tralee´s most famous sons.
The ten finalists were:
Fiona O´Neill – Song: “In the Country”
Evangeline O´Neill – Song: “Forever Never Ends”
Ross Breen – Song: “Free Spirit”
Kieron Cox – Song: “Mad Feeling”
Paul McDonnell – Song: “Superman”
Dave Molloy – Song: “I Would Never Leave your Side”
Paul Mulligan – Song: “The One That Got Away”
David Murphy – Song: “Watching Over”
Ian O´Doherty – Song: “Profit”
Donnacha Toomey – Song: “Head in the Clouds”
Paul´s winning song, “Superman”, can be heard at his MySpace page here: http://www.myspace.com/palsteelo
Latest News
ADD TO MQ