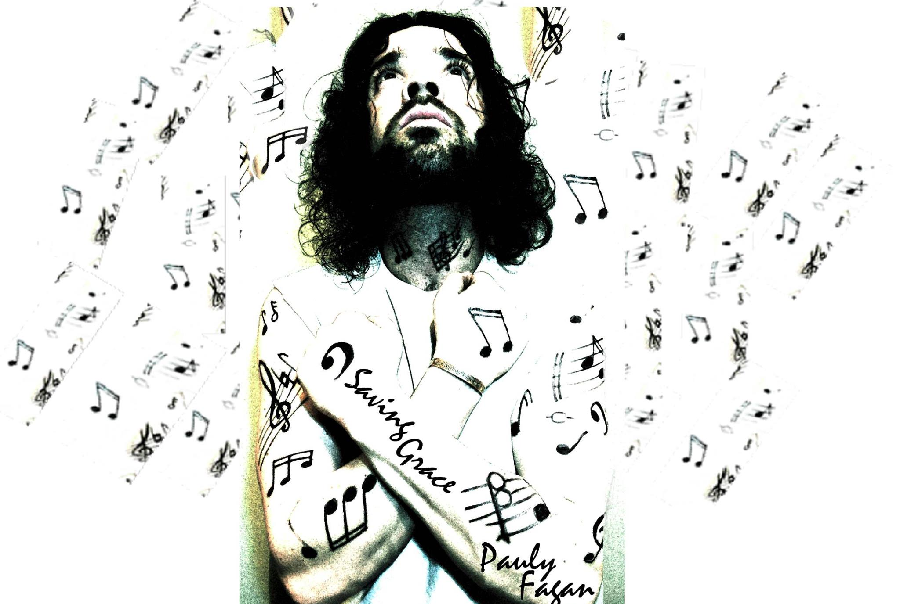 “Saving Grace”was written by Irish singer songwriter Pauly Fagan about the internal struggles between pessimism and optimism, love and loss. The emptiness following a broken heart leads to self-evaluation and eventually a healing. For Pauly, it is the music that heals – his ‘saving grace ‘.

“When I wrote the song, I was working so hard and felt like everything was a struggle. I had to take a step back and came to realise I already had what I really needed – the music”, said Pauly.

The song has a light island feel like you have been on holiday and can finally breathe.

Pauly Fagan is a prolific singer and songwriter. His music and the stories he writes are about the challenges we face and how we deal with them. Often about love and day-to-day life; his music takes the audience on the journey with him through the ups and downs of everyday struggles. His powerful voice and wonderful harmonies amaze audiences. He loves to be in front of a crowd, engaging them with his musical ability playing a variety of instruments.

2016 was a busy year with the release of his first studio album ‘Deeper’. He traveled all over Ireland performing live to welcoming audiences all the while writing new songs and jamming with other musicians. Based in Navan, Co. Meath, Pauly has supported many charities performing at Oxjam, Big Viking Picnic, Earthfest, Women’s Aid Ireland and most recently a fundraiser for Syrian refugees. 2017 has been busy so far and there is no stopping Pauly’s momentum.

Pauly wrote “Saving Grace” as an honest reflection of personal loss and the darkness that holds your heart still. The lyrics reflect the helpless feelings that come with the death of a loved one, the end of a relationship and the efforts to pick yourself up and move on. “Saving Grace” for Pauly is the music itself not a person.

He is currently writing and recording for his upcoming album due for release later this year.

Pauly is also the host of the “O” Sessions which promotes Irish musicians and their original music.