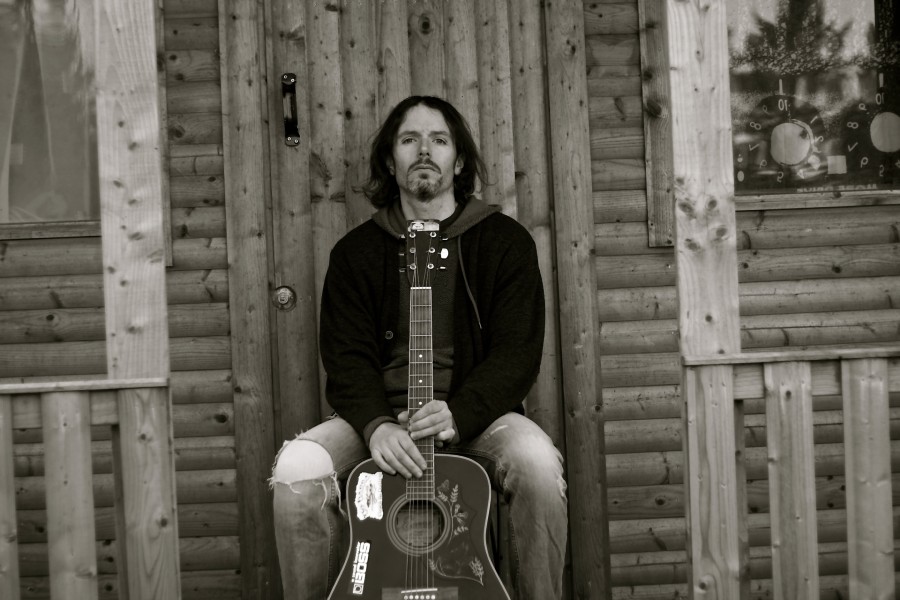 ‘Disappear’ is the first original solo track released by Paradox frontman Pete Mac in over 10 years since the release of his first solo album ‘In Limbo’ in 2009.

Recorded at Wavefield Recording Studios in West Cork ‘Disappear’ takes a different direction to the usual harder sound of Paradox featuring Brian Casey on grand piano and keys and Peter O’Sullivan on drums. The track was written during the lockdown period with Pete experimenting with different sounds. Pete has also been kept busy in 2020 recording some of his favorite cover versions at his home studio and releasing them on Spotify. Collaborating with other musicians such as drummer Mick Cross from Bunnosionn via long distance recording on such tracks as REM ‘Man on the Moon’ and The Smashing Pumpkins ‘Disarm’.

Pete Mac plans on recording and releasing more original music this year with the plan of releasing a full length album next year.

Pete Mac is the lead singer, guitarist and songwriter of Irish based Alternative Rock/Grunge outfit Paradox. Not your typical Singer/Songwriter Pete Mac has branched out from his band Paradox and taken his Alternative melodies and musical frustrations to his acoustic guitar. Paradox have been a band since 1997, formed in Cork, Ireland by brothers Pete and Mike Mac. With four albums officially recorded and released (‘Chapters’ in 2015, ‘Corporate Pollution’ in 2010, ‘Sacred’ in 2004 and ‘Circle of Growth’ in 2000 on US indie label), as well as a solo album in 2009 titled ‘In Limbo’, a few trips to the USA, shows, studios, more shows in Europe and a few solo performances in between Paradox have been kept busy. The biggest part of the bands popularity has been through word of mouth and the Internet. No big promo campaign and no Label. The band shot a music video for ‘Mr. Bureaucracy’ in 2012 which was nominated for best song at the Berlin Music Video Awards, Dublin International short film and music awards the Portobello Film Festival London in 2013.

Paradox have toured both Europe and the US as well as playing support to the likes of Therapy?, Kerbdog and Shonen Knife in 2013.

Every Paradox song was originally written and performed solo on acoustic guitar before being transformed by electric guitars, bass and drums. So the ‘Pete Mac solo project’ if you can call it that is Paradox at it’s core, every song in it’s original form, at it’s point of conception, nothing added. Voice, melody, acoustic guitar.

Pete Mac continues to play both solo as well as with his band Paradox The current Paradox album ‘Chapters’ has been a working progress for over a year which originated in September 2013 with songwriter Pete Mac playing all instruments on the recordings including all guitars, bass and drums. The first single ‘Nothing Lasts’ features slow melancholic Cello tones carrying the song to it’s climatic refrains of ‘Nothing Lasts’. A music video also accompanies the single. Cello makes an appearance on various other tracks on the album. A music video accompanies the second single ‘Free As A Bird’ which was initially inspired by the film ‘Into the Wild’ with singer Pete Mac and his dog roaming aimlessly on a deserted beach.

2017 saw the release of the new single ‘All Life Matters’, an eagerly awaited follow up to the bands last album ‘Chapters’. ‘All Life Matters’ takes a similar direction to the previous Paradox album ‘Chapters’ which was also recorded at Wavefield. Singer Songwriter Pete Mac plays all instruments on the track with Brian Casey adding keys and piano. A music video accompanies this track taking a sarcastic slightly twisted view on social media and today’s society. The video won ‘Best Music Video’ at the Disappear Here Film Festival in Donegal and was also nominated at the Kerry Film Festival and the Indie Cork Film Festival 2018.

2020 saw Pete returning to his solo endeavors with the digital release of various cover versions and the release of his first original single titled ‘Disappear’ in over 10 years.