Picture This Presented with IMRO Award 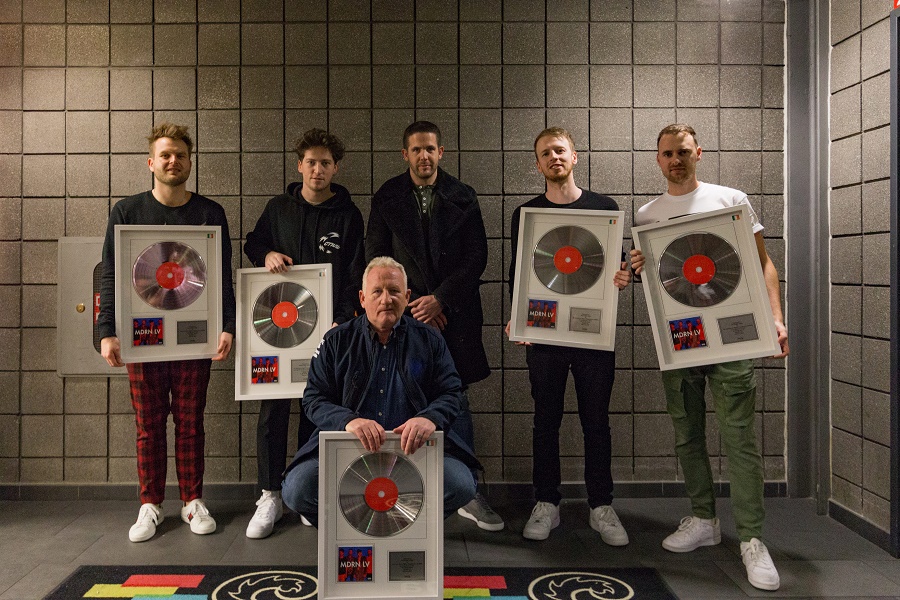 On the final night of their sold out five-night residency in Dublin’s 3Arena, IMRO took the opportunity to present Picture This and their manger Brian Whitehead with their IMRO Award on behalf of their No.1 album ‘MDRN LV’.

‘MDRN LV’, was released in February 2019. Produced by Jayson Dezuzio [Imagine Dragons, X Ambassadors], the record represents a creative high watermark for the quartet as they expand their signature style and venture into uncharted sonic territory. The new album includes the current singles ‘One Drink’ and ‘Modern Love’.