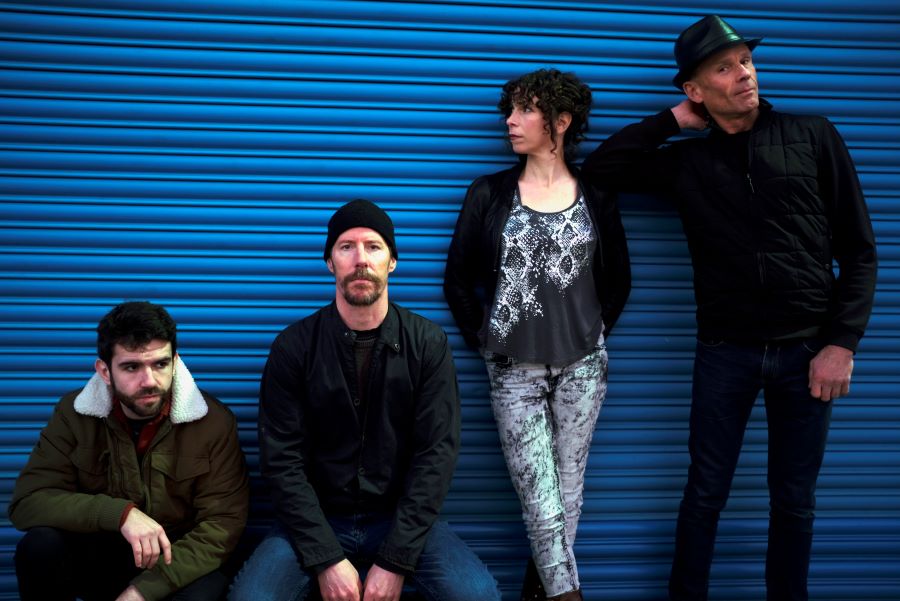 Having been ensconced in Ireland’s visual arts scene for many years, principle songwriters Ciara O’Flynn and Mark McLoughlin are used to observing and reflecting the world from unusual angles. And they bring this aversion to the obvious with them into their avant garde alt-pop project, Pinhole.

Their strikingly theatrical shows caught the attention of Other Voices soon after the band’s conception and their eponymous song ‘Pinhole’ would go onto feature prominently in Amy Huberman’s RTÉ courtroom drama ‘Striking Out’.

The album’s title ‘Come Curious’ embodies the band’s mission statement to move beyond the beige plains of manufactured pop in search of substance and the sublime, whilst also tackling serious social issues.

Current single ‘Better Than One’ – which was named RTÉ Culture’s ‘Track of the Week’ upon its release – sees lyricist Ciara O’Flynn ruminating on the tragic death of Savita Halappanavar.

“At the time, I was hit again and again by how our publicly-elected representatives seemed to have no spines. In frustration, I was lamenting the lack of strong leaders guided by their own moral compasses,” explains Ciara O’Flynn, of the song’s striking origins.

Pinhole aren’t afraid to tackle such issues head on; climate change and other social issues permeate the lyrical tapestry of the album. But make no mistake, these are not simply woke platitudes.

Ciara O’Flynn backed up her lyrical concern with physical action – purchasing a blank field and planting a woodland in Cork to “address the huge issue of biodiversity loss.”

This conviction is continued throughout ‘Come Curious’. Musically, Pinhole display echoes of PJ Harvey, Julie Feeney, Portishead and Patti Smith without ever straying too far into the creative sphere of their influences.

‘Come Curious’ is an album only Pinhole could have created.