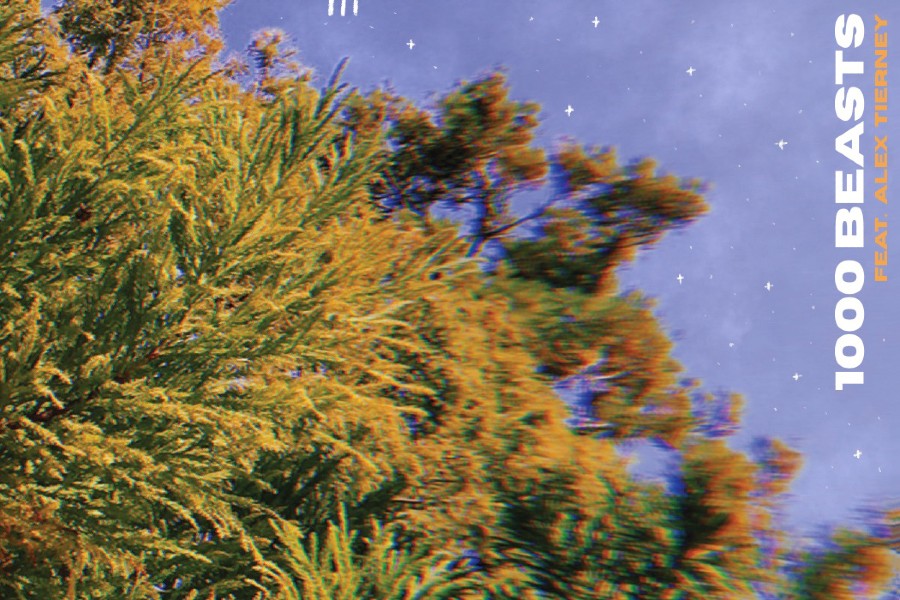 This is the second time we see the pair collaborate, after last years ‘5 Points’ from 1000 Beasts debut EP.

1000 Beasts is the alias of Cian Sweeney, an Irish producer/artist who collaborates with different artists on every track (they are the “beasts” behind the name) to make soulful, indiepop & hip hop inspired tracks.

His debut EP ‘On A Different Page’ was released in July 2020 through Unity Group (Paris) followed by the runaway success of his remixes for Elaine Malone (You), Joshua Burnside (Noa Mercier) & Pollena (The Pool).

The track sees the return of past collaborator Alex Tierney for an 808 laden track to combine soulful R’N’B rhythms with oriental influenced samples and Tierney’s brooding vocal to make the perfect alt/indie track for summer 2021.

Alex Tierney is a 21 year old singer-songwriter from Dublin, Ireland who’s inspired massively by R&B and hip-hop production with folk and pop songwriting sensibilities. His music is inspired by a broad range of artists across many genres like Bon Iver, The Weekend, Ólafur Arnalds, Dermot Kennedy and everything in between.

Before he had any music officially released, Alex was invited by Lewis Capaldi to open his show at Dublin’s famous Olympia Theatre where the multi-instrumentalist wowed the crowd with stripped back piano and guitar versions of his originals.

Throughout 2020, Alex released his first two singles titled ‘Over The Maybes’ and ‘Painkiller’ achieving worldwide support from the likes of Vevo, MTV and Iheart Radio as well as Apple and Spotify playlisting.

Alex is massively excited for the release of ‘For You & I’ as he feels it shows off a perfect blend of his and 1000 Beasts’ varied styles while also being a fun energetic track. The song came together so quickly and naturally in Alex’s home studio and the sense of enjoyment that he and 1000 Beasts felt making the track can be clearly heard.

“We started out with this Guzheng sample that I had manipulated & built a beat around. When I showed this to Alex he really vibed with it and got the verse and the chorus down so quickly. It was such an easy process, I always feel like the best tracks come together like after. Afterwards I added a soulful brass part to the bridge, it has a classic Jay Z feel to it I think in that it’s a contrast but a perfect counter-balance to the rest of the track. We were lucky enough to play this track a few times over the past year, like at the private live streaming gig we did for a small audience in the Gate Cinema last autumn, and it always goes down so well so I can’t wait to share it properly” -1000 Beasts