Ports Play Christmas Show At The Limelight 2 On December 18th 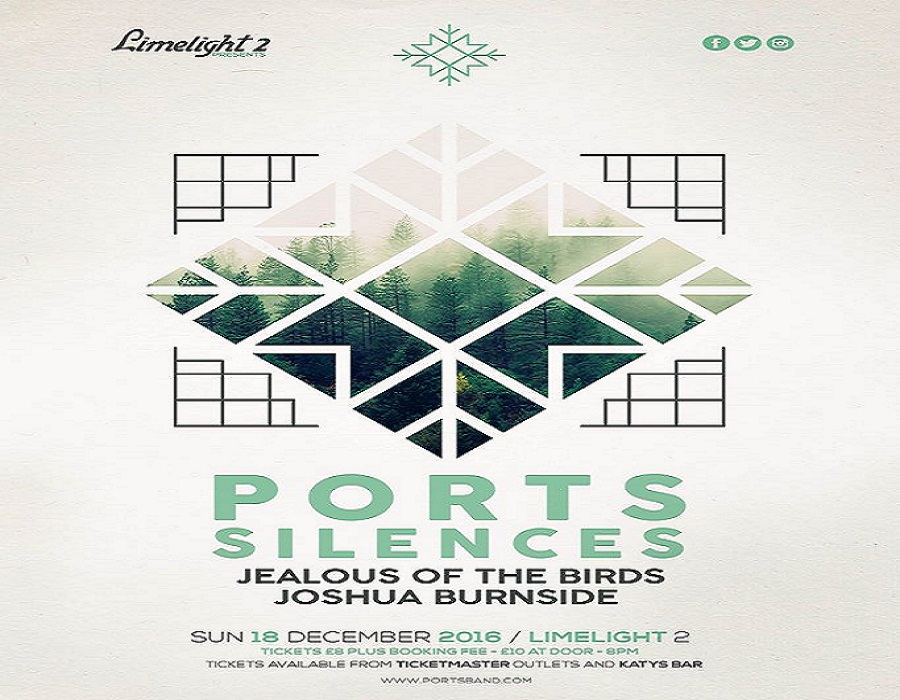 Derry four piece, PORTS are pleased to announce a Christmas show at The Limelight 2, Belfast on Sunday 18th December 2016. The band recently released their new single ‘The Few and Far Between’ and announced that the track has been chosen as soundtrack for the NI Tourism Discover Northern Ireland campaign for 2016/2017.

PORTS are a four piece band from Northern Ireland. They consist of Steven McCool (Bass and Vocals), Mark O’Doherty (Drums), Ryan Griffiths (Guitar) and Conor Mason (Piano). 2016 saw the release of their debut album “The Devil is a Songbird” which has been shortlisted for the Northern Ireland Music Prize. Having performed in Ireland, UK and Canada PORTS have gone from strength to strength after the release. Gameplay, the first single released from the album, made an impact after being used for MTV Teen Drama “Awkward”. That momentum has continued to grow with State.ie naming the band as one of the “Faces of 2016”.

The summer also saw them establish themselves as a main stage festival band at Festivals such as Stendhal, Moira Calling and Open House Festival
At Music City festival in May 2016 they opened the festival as support for the Mercury Prize Shortlisted band “The Villagers”

‘The Few and Far Between’ has continued that trend by being chosen for the NI Tourism Discover Northern Ireland campaign for 2016/2017.