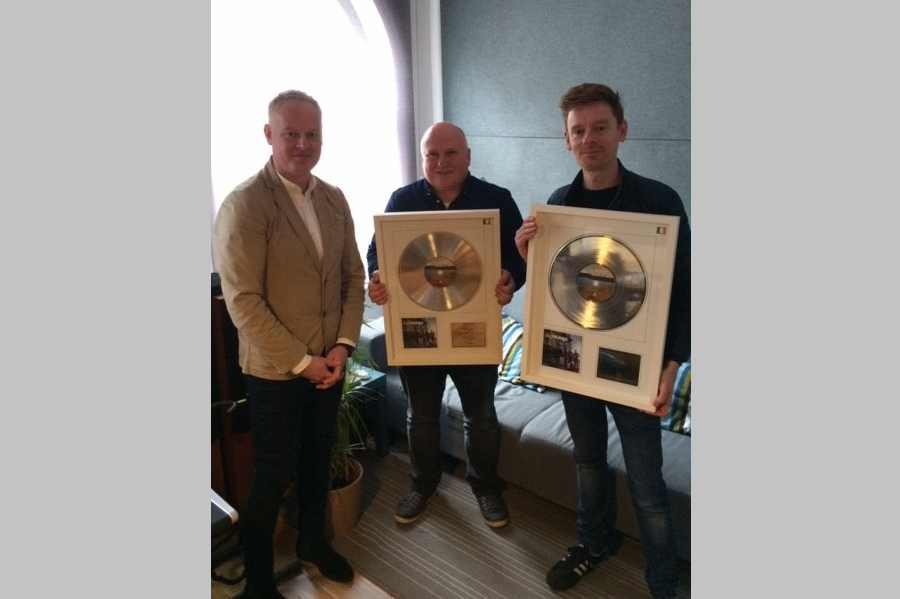 Chris O’Brien and Graham Murphy of recording studio The Production Suite were presented with an IMRO Award for their production skills on The High Kings No. 1 album, ‘Grace & Glory’.

The Production Suite are a production team whose versatility extends across a broad range of musical styles, having produced and written songs with artists as diverse as; Human League, Clannad, Westlife, The Stunning and many more. They have also contributed to film scores including Neil Jordan’s Breakfast on Pluto.

The High Kings ‘Grace & Glory’, released in 2016, is the band’s sixth album. ‘Grace & Glory’ features 12 songs all performed in the inimitable High Kings style including ‘Grace’, ‘Ride On’ and a version of ‘Spancil Hill’. The album also features the song ‘Schooldays Over’ which the band performed to great acclaim on the recent RTÉ Centenary Concert. In addition to this, also featured is a special version of ‘Hand Me Down My Bible’. The version on the album features a third verse, written especially for The High Kings by Phil Coulter. The song was originally written by Coulter for The Dubliners in 1970. The High Kings are Finbarr Clancy, Brian Dunphy, Martin Furey and Darren Holden and are seen by many as the true heirs of Ireland’s folk heritage.