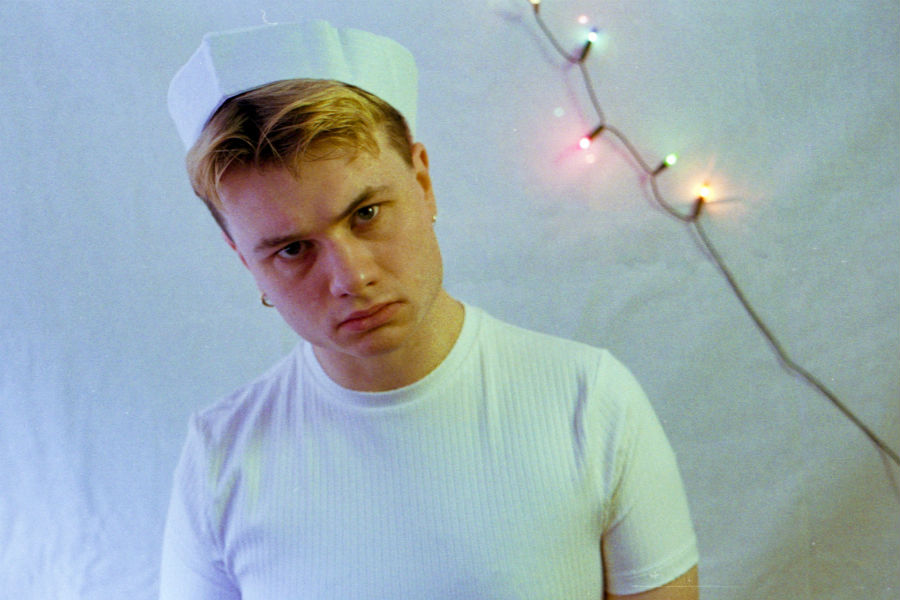 PureGrand ends 2019 with the release of his new festive single ‘Flowers’.

‘Flowers’ is a wintery new years ballad about choosing to see the positives as a new year approaches as opposed to holding on to regrets and using it as a chance to start over.

Inspired by uplifting ballads from the likes of Cyndi Lauper and Carly Rae Jepson coupled with ABBA-esque melodies, ‘Flowers’ looks to the past for its synthy sonic palette but to the future in it’s lyrical outlook.

‘Flowers’ was entirely self produced and written by PureGrand (real name Luke Faulkner).

The Dublin native makes pop music of all flavours with a love of synthpop and a healthy dose of camp at its core, PureGrand tries not to follow trends unless he likes what is trendy.

2019 has been a busy year for Faulkner with the release of his Italo House inspired EP ‘Painkiller’ to positive press last August as well as radio play for its lead single ‘Last Bus’ from Tara Stewart’s show on 2FM as well as 2XM, DDR and 8Radio.

PureGrand has also spent this year creating colourful music videos for singles like ‘Pink’ and ‘Last Bus’, while also creating visuals and music videos for fellow Irish pop artists such as Jack Rua, LOGOUS and Babylamb as well performing across Dublin (Workman’s, Sin E, Drop Dead Twice) and at some of Irelands best homegrown alternative performance nights such as Glitter Hole, Avoca’s Queer Cabaret and has most recently supported Xnthony at the Dublin Fringe Festival as part of the Deluxe Access show.