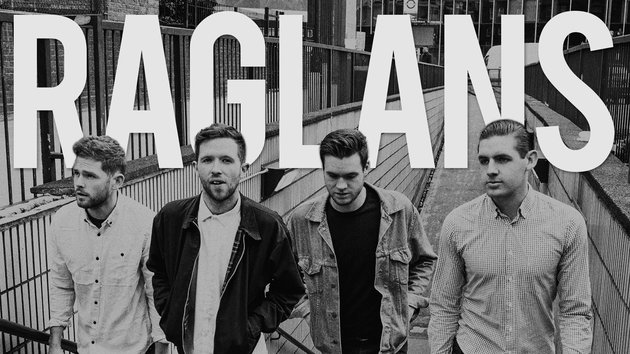 Raglans have revealed the video for their latest single “Who Knows”.

Filmed on location in LA and at Sea Sessions, the track is the first new material from the four piece since their top 5 debut album in 2014. Raglans release the single on Friday 15 July, the first release from their forthcoming EP ‘Again & Again’. Recorded live in LA ,with producers Jason Wade and Chris Murgia, and mixed by Chris Sheldon (Foo Fighters, Biffy Clyro, Pixies) ’Again and Again’ features 5 selected tracks from the recordings of Raglans forthcoming album which is expected in 2017.

The EP features biographical songs reflecting the last two years in the life of a band who have been travelling the world, getting up and getting down. It presents a new and more expansive Raglans sound, retaining the fist-in-the-air glory of their top 5 debut album while adding the ferocious momentum and energy from their acclaimed live experience.

Meeting at a festival in 2011, Raglans quickly earned a reputation as an explosive live band with sell out Irish and UK headline performances and appearances at festivals such as Electric Picnic, Sea Sessions, Indiependence, Eurosonic, Latitude, Camden Rocks, SXSW, The Great Escape and Rockavaria to name a few. The band have also been invited to tour with international acts such as Haim, Twin Atlantic and were special guests to The Libertines at their sold out Hyde Park performance.

The later part of 2016 will see Raglans release their EP ‘Again & Again’ as well as a 32 date tour taking in Ireland, UK, Germany, Austria, Belgium, Holland, France, Spain and India.

Turn it up and play it, Again & Again.