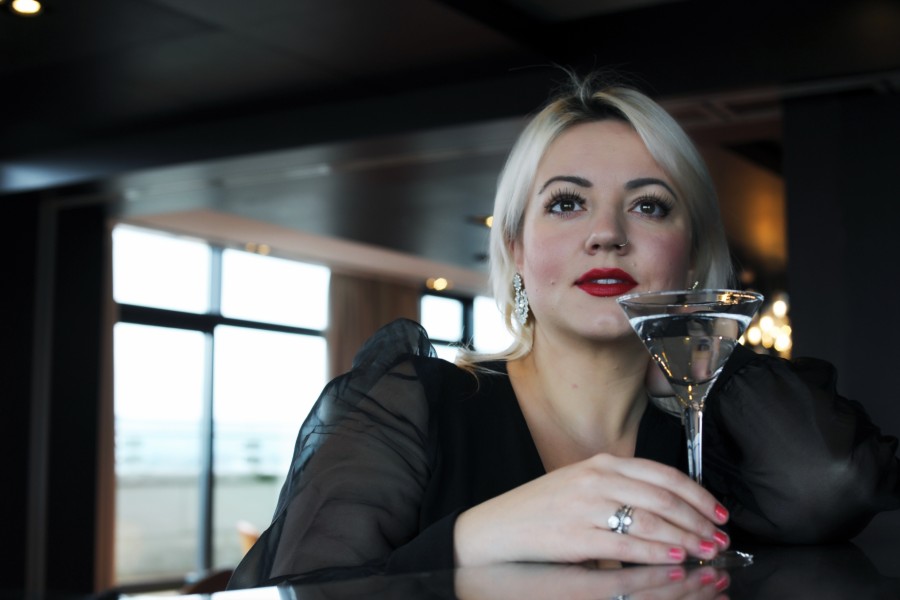 Raimonda’s musical education began at the age of 9 when a performance in school caught the attention of a musical director and was quickly awarded scholarships to attend music school full time. Soon after she was referred to National Mykolas Konstantinas Čiurlionis Gymnasium of Arts (Vilnius) where she received operatic singing classes and was trained as Coloratura Soprano singer as well as receiving tuition in piano, choir conducting and music theory. During this time Raimonda travelled all over Lithuania, Russia and Sweden for music competitions. At age 16 she was encouraged to explore jazz and attended Vilnius Juozas Tallat-Kelpša Jazz Conservatoire where she studied vocal jazz, continued piano lessons, joined gospel choir as well as a vocal acapella jazz group. Raimonda was launched into the spotlight of show business at the age of 18 when she became a celebrity after appearing on a music reality TV Show reaching an audience of millions in eastern & northern Europe.

By this time Raimonda had already honed her skills through college performing with many top European jazz musicians traveling to Latvia, Russia and Estonia she won numerous awards for her vocal performances. She spent time collaborating with international musicians and artists on a popular documentary film series covering the day to day life of a music movement in Berlin. Raimonda was one of the founding members and lead singer of a highly successful jazz rock group called Black Coffee performing original arrangements and touring. This led to Raimonda writing and performing “singing poetry” in Lithuania for televised concerts. Soon after Raimonda joined the first Lithuanian Gospel Choir where she became a soloist and later performed in the Eurovision Song Contest. Raimonda decided to broaden her musical and cultural horizons in Stockholm where she studied with 12-time Grammy award winning Gospel Choir Director Kirk Franklin’s students for a year.

Raimonda came to Ireland in 2010 for a few months to visit her sister and receive a qualification in Music Business Management and quickly realised Ireland was an extremely musical country. Although she didn’t intend on staying, she decided to make a change and things developed very quickly for her musically. She joined the Dublin Gospel Choir and started working with some of Ireland’s leading musicians. In 2017 Raimonda brought the Dublin Gospel Choir to Lithuania to perform in Klaipeda Castle Jazz Festival which was covered by major media in the Baltic States. During the festival she shared the stage with such greats as Earth, Wind & Fire, Maceo Parker, Cindy Crawford, Marilyn Mazur, Tower of Power to name a few. She has performed on The Late Late Show with Damian Rice, as well as OutKast and festivals such as Body and Soul Festival, Howth Jazz & Blues Festival & Electric Picnic where she performed alongside acts like The Wailers. Raimonda also performed on TG4 and RTÉ with Mundy and Nathan Carter.