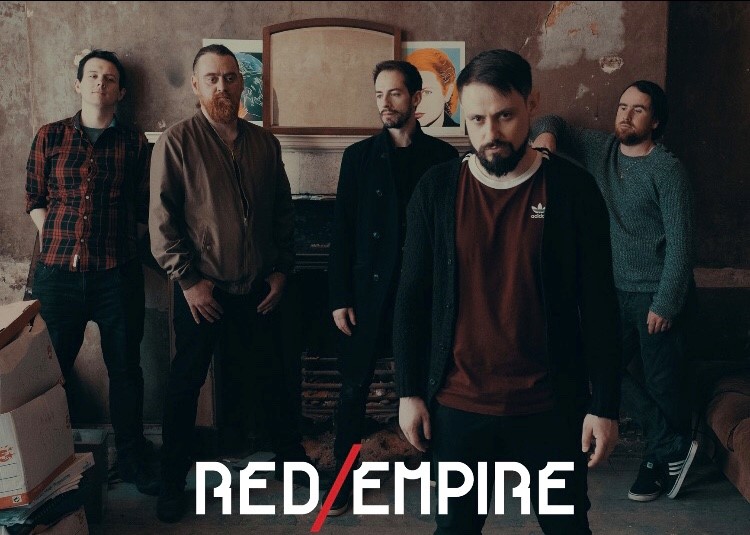 ‘A Dublin Christmas’ tackles the growing issue of homelessness in Ireland and the very real human toll the crisis is taking on Irish society. The single’s accompanying video features Johnny Ward (star of Love Hate, Fair City, This Must Be The Place) and actress and dancer Rachel Tracey. The band teamed up once again with long-time collaborator Daragh Murphy of November Seven Films, and shot the piece at various locations across Dublin City.

The video highlights many of the issues facing homeless people at this time of year, explains Craig Cahill, lead singer with Red Empire: “The song and video explores a difficult relationship between two people who are struggling through the Christmas period. It shows how both people comfort each other to help overcome these challenges.”

According to the latest homelessness figures released by the Department of Housing, Planning, Community and Local Government, there are now 8,374 people recorded as homeless in Ireland. This figure includes 5,250 adults and 3,124 children – 46% of people classified as homeless are aged 24 and under. At the same time, there are 183,312 unoccupied dwellings in the State.

It was these figures that inspired the band to team up with the charity Inner City Helping Homeless to use their single to help promote the charity’s Christmas appeal. “If anyone would like to make a donation they can do so by calling Inner City Helping Homeless on 01-8881804 or through www.iDonate.ie,” said a representative from the charity, “Or, if anyone would like to become a volunteer they can get in touch via the same number or through our website www.innercityhelpinghomeless.ie.”

‘A Dublin Christmas’ was written and produced by Red Empire and was recorded at Hellfire Studios in the Dublin mountains. It was engineered and mixed by Ivan Jackman and mastered by Aiden Foley. The song is available now on iTunes and Google Play.