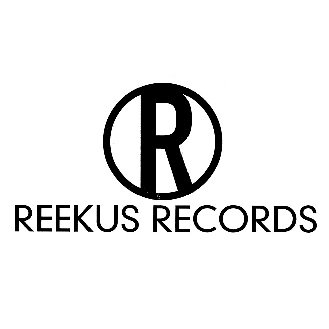 The pre-eminent Irish independent label of the post-punk era Reekus Records celebrates 30 years in existence with a broad and varied selection from its sometimes roster, including selected rarities and previously unheard material.

30th years safter the release of Kaught at the Kampus, this 40 track, 2 CD compilation album features  tracks from that first release right through to the current and future  releases.  All of the 20 tracks on CD1 are available on CD for the first time including two ‘lost tracks’ from Microdisney, which were recorded in Windmill Lane studios in 1981 but unreleased at the ti me,  and two unreleased tracks from Paul Cleary/The Blades, and the album also features the classic Blades single, the original version of Downmarket.  Among the other tracks from the early days are gems from Belfast’s Big Self, and  the original Aslan recording of their classic hit This Is.  Known as the ‘demo’ version, this was released in May ’86 and is said to be  the longest playlisted single on Irish radio; Aslan subsequently went on to sign with EMI and re-record ‘This Is’ for that label, though to the afficiandos the original Reekus version has a greater warmth and feel than the later versions. ‘Please Don’t Stop’ the b-side to the original 7” vinyl version of This Is, is also included, as is the b-side from the original 12” version ‘Been So Long’.  Also included on CD1 are tracks from Some Kind Of Wonderful, Montage, Nigel Rolfe, Barry Warner, The Camino Organisation and Nun Attax.

Hotpress supremo Niall Stokes, commenting on the album says:
“Independent record labels are crucial to any music scene – and in many respects Reekus Records has been the outstanding independent label in Ireland over the past 30 years. It is extraordinary to look back at the roll-call of great artists that the label has incubated and supported at different times – including The Blades, Big Self, Nun Attax, Micro Disney, Aslan, The Moondogs, Perry Blake, Saville and David Hopkins, among them, as well as recent contenders like Saccade and Sweet Jane, among others.

Running an independent label is a labour of love – and in that respect no one has shown a more genuine and enduring love for the music than the label founder, driving force and inspiration, Elvera Butler. Irish music owes her a huge debt of gratitude – and the release of this 2 CD ‘Best Of’ celebrating 30 years on the road for Reekus is as good a time as any to repay it. Here’s to another 30 years!”

Too Late To Stop Now is scheduled for its official release on Friday March 2nd 2012, though pre-release copies are available for purchase online from the Reekus website and at Tower Records in Dublin.