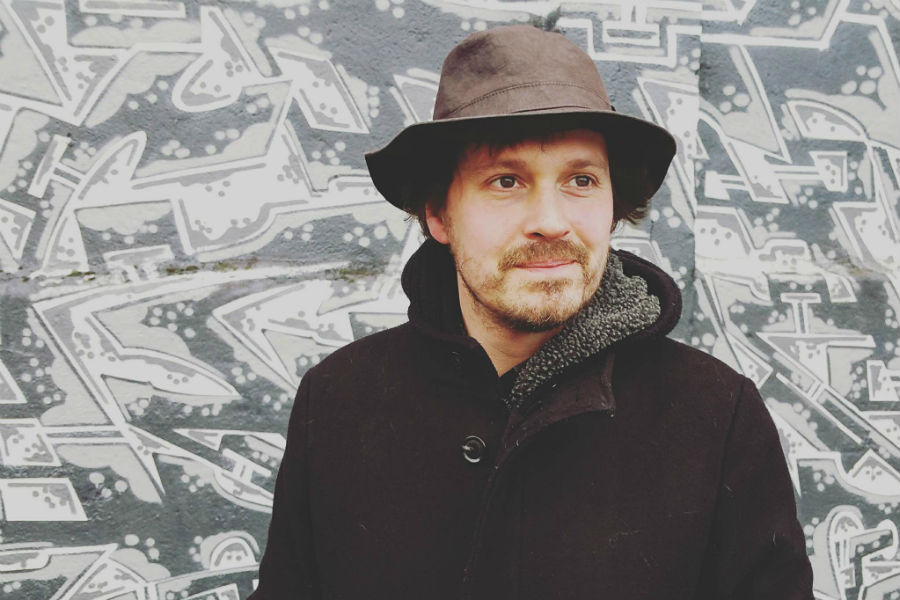 ‘Step Outside’, the new album from Rhob Cunningham, is released on International Curlew Day, April 21st, 2018

“This record is based on looking at the world from a perch in Vienna,” says Rhob Cunningham of his new album, Step Outside (released April 21st, 2018). “The title is just self-directed advice. It helps that it could be a plea too. Or a healthy reminder. I think I’d be a bit of a homebird if it wasn’t for music, but it keeps me busy. There’s value to be found in mild existential crises in foreign countryside train-stations.”

A product of the Irish music scene, after touring and collaborating with Lisa Hannigan, James Vincent McMorrow, Cathy Davey, Neil Hannon & Conor O’Brien, and playing support on Irish soil to the likes of Gil Scott-Heron, Bobby Womack, John Martyn and Tori Amos, the Dublin native has spent the last five years on the move, recording and writing in whatever city he finds himself in.

“I played my first Austrian gigs in late 2015 and, a year later, a Viennese-based buddy came to visit me while I was working in a sweet shop in Nashville. His offer of a cheap room in a new spot was always going to be a blessing, of course it helped that I was moving from Music City to the City Of Music.“

Already acknowledged as a captivating live performer and prolific lyricist, ‘Step Outside’ finds Cunningham at his pared-back best. The range of his voice continually dips and lifts, but consistent are the expressive lyrics and folk twang he has honed over time.

While his 2010 album ‘Our Little Secrets’ was a celebrative stomp and his 2014 album ‘The Window And Day’ a glistening Icelandic expansion, this new release sees his compositions laid bare.

The songs were recorded in two sittings, under the watchful eye and self-assembled microphones of Martin Mitterstieler, who also adds synth below the finger-style guitar and vocal harmonies.
“We met at a gig in Lower Austria some years back, shared a stage and threatened to work together ever since, once the album was written, he was only up the road. It all fell together quite nicely.”

While some songs are harder to pin down, the first track to be shared from the album is ‘Goodbye Brood’, a tender lament about the curlew, a long, slender-billed bird native to Ireland’s coasts and boglands.

“Its familiar call is a loud curloo-oo, but its population has declined so rapidly in Ireland in the last thirty, forty years. I learned about their plight through Anja Murray’s Naturefile series on RTE’s Lyric FM, it was one of those songs that wrote itself.”

Another composition, ‘Hope As Silver’, ponders the different colours that silence can be, an attempt to set The Tremeloes straight.
“Well, some silences aren’t really so golden at all! I mean, if you’re crying for help and no one answers that call, that’s not a particularly golden absence of sound. I’m surrounded by gold in Vienna, they even have three little Wicklow nuggets in the Natural History Museum, which Ireland might consider reclaiming seeing as we’re a bit short at the mo.”

A noticeable element on the album are the guitar’s open-tunings.”It’s just a benefit to writing songs in a set period of time, they’re going to borrow from each other. I always try to add something new, though. It’s worked for me before. Germany, twice. I got an album out of a 4-month stay in Paris that way.”

“With Vienna, I knew I had an open calendar. It gave me the freedom to write songs about whatever I was met with.” There’s an ode to the breath-stealing Undine, who inspired Hans Christian Andersen to write The Little Mermaid.

Another song, ‘The Lights’, revolves around the variety of places light can come from. “It’s worth trying to cover the whole spectrum.”

Two songs were written on brief sojourns to Dublin. The John Prine-esque ‘Two Signs’, which is based on the midnight efforts at Dublin’s Apollo House, “watching men and women form a line and smuggle beds into an empty office block so some of the homeless could have shelter for Christmas.”

‘The Acts’, was written while partaking in the 24-hour-play project in Dublin historic Abbey Theatre in 2017. “Six stage plays were being written in 24 hours, so I thought it apt to follow suit
write a tune amid it all, add it to my set at the interval. So, during preparations, participants had been asked to bring along props for inspiration, possible inclusion in the plays. We all met up the night before, gathered in a huge circle and took turns adding things to the mix.”

A mother, Clelia, an Actor, and her daughter, Clarabelle, the Assistant-Director, were present. When it came their turn, Clelia offered a small, ornate urn, the combined ashes of Clarabelle’s grandparents. “Perchance that they may dance an extra dance across the Theatre’s sacred stage! So ‘The Acts’ is a song for those searching for signals, a song about the different ways of seeing. You could say there’s a thread of that throughout.”