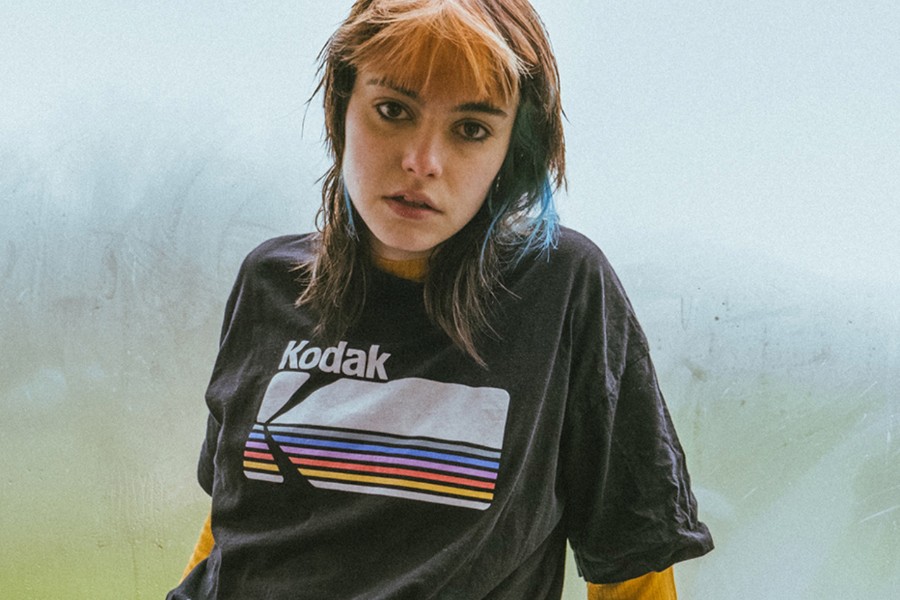 Kynsy, the solo project of rising 23 year-old multi-instrumentalist, songwriter and producer, Ciara Lindsey, today releases her debut EP ‘Things That Don’t Exist’ alongside a video for her latest single, ‘Elephant In The Room’. Written and co-produced by the artist, the tracks were mixed by Claudius Mittendorfer (Interpol / Sorry / Parquet Courts) and Barny Barnicott (Arctic Monkeys / MIA / Bombay Bicycle Club).

Having previously performed on the Other Voices Music Trail and at Ireland Music Week, the Dublin artist kicked off this year with a whole host of 2021 Hot List features (including 2FM’s Rising 2021 list, GoldenPlec’s 2021 Picks, Last Mixed Tape 10 Emerging Acts for 2021 and Hot Press Hot for 2021). Cementing her place as an artist on the cusp of a breakthrough in 2021, Nialler 9 recently included her as one of the best new acts of 2020 while Dork added her to their influential Hype List alongside being included in NME’s 100 Essential Emerging Artists for 2021.

EP opener ‘Elephant In The Room’ is a woozy ode to disillusionment that recalls the electro-noir blues of the Chromatics before opening out into a soaring, infectious, sky-larking pop song. The accompanying video, filmed in Donegal, Ireland and directed by Charlie Joe Doherty (The Murder Capital, Rosie Carney), is an atmosphereic tale of alienation and longing capturing the emotional landscape of a relationship breaking down.

Talking about the EP Kynsy said: “A lot of the songs are based around the idea of how we as people are either being followed or chasing after things that don’t exist. We are followed by the things we see through technology, television, the news – things that derail and confuse our sense of reality.  We also chase things that don’t exist.  We ignore the fact that things could change in a blink, or chase idealistic dreams of the future based on things we’ve seen on TV or on phone screens.

I found there to be a juxtaposition in the positive and negative aspects of things that don’t exist; how having hope can change peoples lives for the better, how art is made from things that were previously non-existent and how these life fulfilling aspects as well as the things that can derail us are constantly fighting each other in our thought processes.

This EP is a dialogue between those positive and negative thoughts and emotions.  I wanted the music to create a world of freedom, hope and playfulness while the lyrics focus on the struggle of fighting, running and coming to terms with all of the good and bad we find in things that don’t exist.”

‘Things That Don’t Exist’ the debut EP from Kynsy is out now across all digital platforms, alongside her latest single, ‘Elephant In The Room’ and the accompanying video.