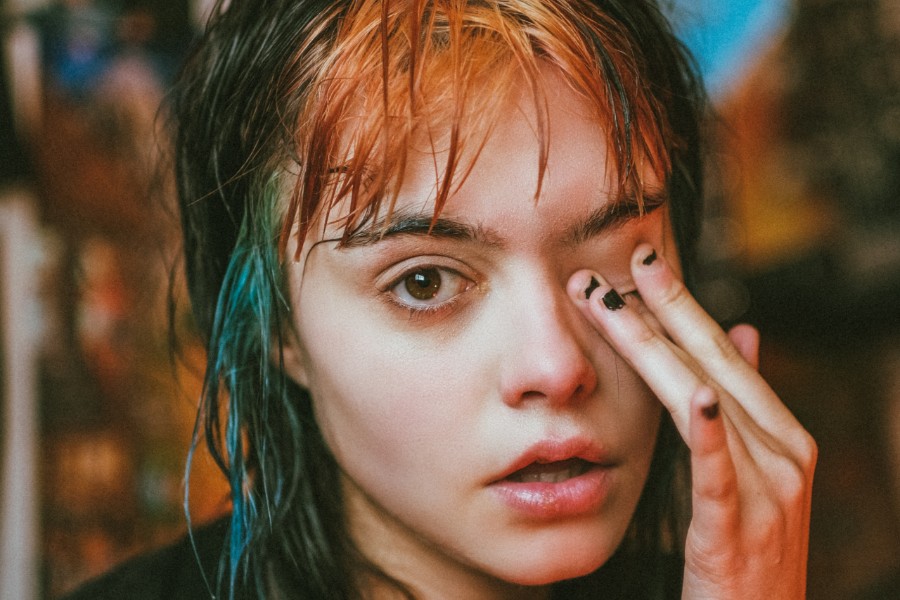 Written and co-produced by the artist, she enlisted mixer Claudius Mittendorfer (Interpol / Sorry / Parquet Courts) to buff the finished work into three minutes of surly swagger.  About the track, Kynsy said: “It’s a tug of war between the positive and negative thought processes that occur when a relationship ends. It’s about accepting the fact that sometimes you have to laugh the pain away or look at negativity head on in order to feel positive emotions and have positive thoughts again.”

The track comes with an accompanying self-directed video, filmed in Dublin by Tim Shearwood and featuring Kynsy and her friends. Talking about the video, she continued, “I wanted to try and create the same sort of balance of ideas, it needed to be fun and playful but with moments of emotional vulnerability in there too, a sort of ying and yang of simple fun against complex emotions.”

DIY launched the video and single today calling it “swaggering” and “another instant mesmerising earworm” – read the piece here.

‘Happiness Isn’t A Fixed State’ follows the release of her debut single, ‘Cold Blue Light’, which showcased the Dublin artist’s wry lyrics, depicting fading chancers and bullies and their last grasp at relevance.

Tipped in 2FM’s Rising 2020 list and Golden Plec’s 2020 Picks, ‘Cold Blue Light’ picked up plays on BBC Radio 1 and BBC 6 Music with Kynsy also featuring on the cover of Spotify playlists including Fresh Finds Rock and An Alternative Eire as well as on the cover of Indie Britain on Tidal. The track was also included in Spotify’s New Music Friday UK, Badass Women, Et Alt and New Alt playlists.

Dork described it as “all at once understated and anthemic, a foreboding, end-of-the-world beast that channels youthful rage into something that’s both tragic and yet somehow uplifting” and Get In Her Ears called it “a dark synth-pop gem that oozes with defiant attitude”.

Kynsy’s louche, almost rakish delivery is half world-weary lounge singer, half astute soothsayer. Moving from the metallic lurch of a nightclubbing Iggy Pop to the icy cool of St. Vincent and the futurism of Julian Casablancas, Kynsy has constructed her own world, one with a playful juxtaposition between the warmth of pitch perfect pop melodies and the stinging realism of her lyrics. Watch this space for more music and news on Kynsy, coming soon.