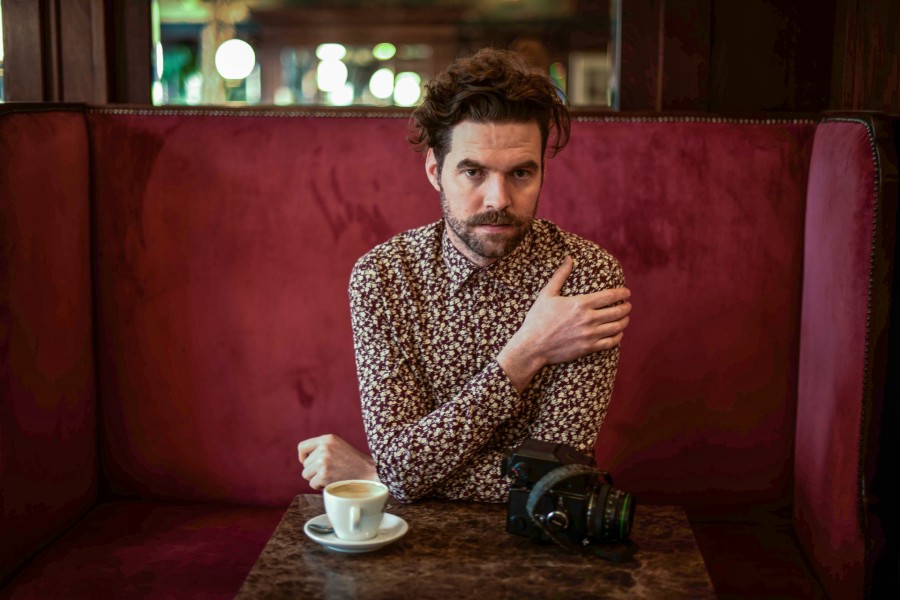 Dublin singer-songwriter Robert John Ardiff first came to the attention of fans as a member of the Choice-nominated band, Come On Live Long. Since going solo, his music has had over 10 million streams on Spotify and has featured on the Amazon original TV series, Modern Love. He has toured extensively around Ireland in addition to playing shows in Europe, The UK and The USA.

On Friday 12th February, Ardiff will independently release ‘Tightrope Walker’ – the first single to be taken from his upcoming second album, ‘The Corridors of Love’, which will be released in April.

Robert John Ardiff says: “‘Tightrope Walker’ is a song that deals with the concept of wearing different faces or metaphorical masks and how one changes their personality based upon the situation they find themselves in. It deals with the idea that if someone is wearing this mask they in fact become more, rather than less, truthful.”

‘Tightrope Walker’ was recorded in an afternoon in Camden Lane Studios and features the wonderful musicianship of Neil Murray, Robert McComish, Stu McMahon and David Crean. It was engineered by Lisa Murray and Mixed by Ruadhri Cushnan.

Having released two albums with Come On Live Long, his debut solo record ‘Between The Bed and Room’ (2018) allowed Ardiff the freedom to write, record and release music at leisure. That album was recorded in various locations including the box room of his own house, the Cultural Centre Irlandais in Paris and in Little Gem recording studio with Andy Walsh. This forthcoming album, ‘The Corridors of Love’, followed Ardiff around the globe in a similar way, being recorded incrementally in houses and studios from Dublin to New York to Copenhagen.

“The record is an exploration of the stories that take place behind the closed doors of an apartment complex,” explains Ardiff, giving us a teaser of what’s to come. “The songs deal with friendships, relationships, despair, joy and depression. It is a sonically different record from anything I have previously released.”

‘The Corridors of Love’ features a vast array of musicians and performers. It was mixed by the GRAMMY-winning producer Ruadhri Cushnan (Ed Sheeran, Shawn Mendes, Tom Walker, Mumford & Sons).