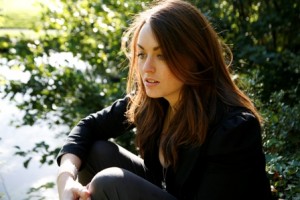 a summery refrain…. Throw in a heart-stopping live show and we’ve got everything we look for in an Irish rose.” – Celine Murphy , Hot Press ‘Ones to watch 2012’

“Róisín O‘s vocal is pristine in clarity with the distinctiveness of her accent curling around the ends of her lyrics. However by the end of the track she has let rip into a Florence-esque roar. ‘Here We Go’ is every bit the catchy tune that makes you feel excited about life, it’s no wonder that the single was dreamt up by the singer-songwriter following a weekend at Electric Picnic. This is one you can look forward to dancing and singing along to”.- musicscene.ie

“‘Here We Go’,the ballsy lead single from her forthcoming debut album. With Grammy-winning producer Dave Odlum pressing all the important buttons, Ms. O has come up with a stirring, confident piece of folk pop that instantly brings to mind the event which inspired it – none other than our very own Electric Picnic.” Hot Press review (31 May, 2012)

Her first single ‘Here We Go’ taken from the album, is available for download now and is an enticing taster for fans ahead of the album release on 3ú Records. Róisín and her band have been crafting this album for the last year and are currently in producer David Odlum’s studio in France putting the finishing touches to the much anticipated recording.Performing and writing since she left school, Róisín added musicians Alan Tully (guitars and vocals), Brian Murphy (bass and vocals) and Ruth O’Mahony Brady (keys and vocals) to her act, and together they have honed the Roisin O acoustic-rock sound.

The busy 23 year old can boast support slots with The Coronas, Imelda May, Mary Black, Brad Paisley and Robert Cray on many of Ireland’s biggest stages, and was invited to perform live on the Pat Kenny Show on RTE 1 and Ireland AM on TV3 among others. She has recorded with Paul Brady and Mary Black and her song ‘Drifting’ was chosen for the latest ‘Woman’s Heart Now’ compilation, alongside Lisa Hannigan, Wallis Bird, Cathy Davey and many more; still her powerful vocals were not overshadowed in the company of these excellent, established female singers.