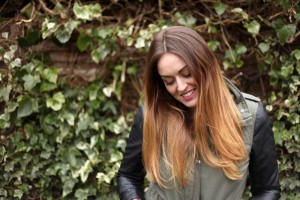 Róisín O has released the video for her new single Synchronicity

The video is directed by Myles O’Reilly, who has also recently worked with Villagers, Lisa Hannigan, and James Vincent McMorrow.

She also performed for ‘Glaoch – The President’s Call’, as part of a special Saint Patrick’s Day 2013 broadcast on RTÉ & online from Áras an Uachtaráin, alongside other Irish performers such as Bono, Christy Moore, Glen Hansard, Imelda May, The Script, and Lisa Hannigan.

“Synchronicity is a word that describes those odd coincidences, events or happenings that seem to conspire to tell us something. For me, Synchronicity was about finding a person who in many ways is the oposite to you, but that’s the reason you work so well together. The yin to your yang; the batman to your robin; the spagetti to your bolognese. You start finding out all these things about each other that you never noticed before, whether physical; like your nose fits perfectly into the space of their collar bone; or mental; like you like the top half of a sandwich and they prefer the bottom. The more pieces of the puzzle that you fit together the less you think it seems like a coincidence, the more it seems like there are no accidents”.

The single will be released on iTunes on Friday, April 5th.