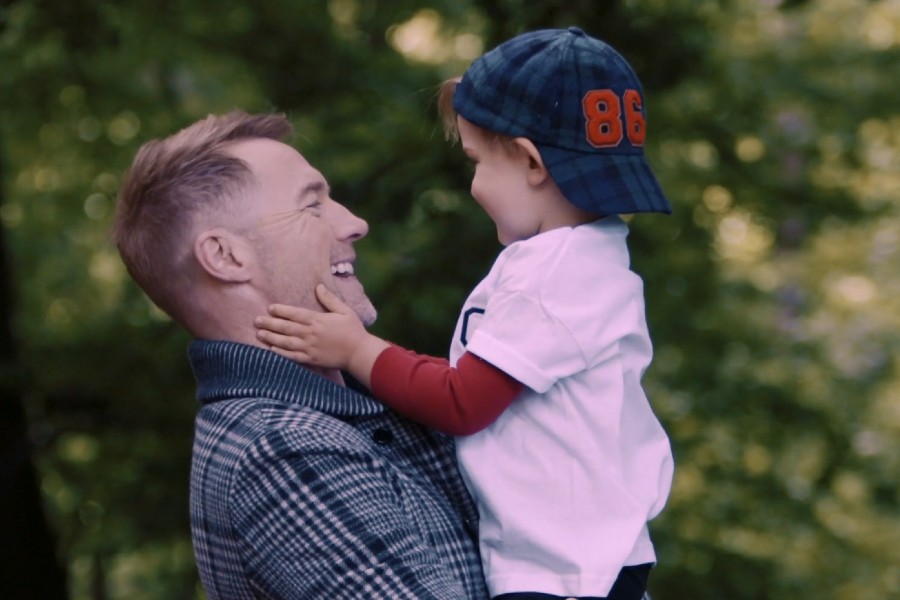 Ronan Keating shares the new music video for his uplifting single, ‘Little Thing Called Love’, out on Decca Records on 29th May. When the track was released last month, Ronan asked his fans to submit their ‘little things called love’. Thousands of fans from across the world submitted home videos of the things that they hold most dear, the things that make them smile and help them get through these uncertain times.

The singer shot a socially distanced video at his property, with the picture frames dotted around the woods displaying his fans ‘little things called love’. The amount of submissions following his call out is a true testament to the love and respect shown to him by his fans.

The video also features Ronan’s 3-year-old son Cooper painting a special artwork which, at the end, is revealed as an exclusively commissioned pop-art collage entitled ‘Knight Nurse’ by renowned artist Lhouette. Regarded as one of the UK’s leading urban pop artists, the piece depicts Covid related iconography which aims to convey a message of hope. On a date to be announced the artwork will be auctioned to help raise funds for UNICEF’s work with children affected by the global pandemic. Along with the recent arrival of a new baby, the heartening nature of the new video could not be more fitting.

Ronan says, “Seeing my new baby girl born in these unique times made me feel so full of joy on one hand but also heartbroken for those that have lost someone they love. So, I hope that ‘Little Thing Called Love’ might help people through in some way.”

‘Little Thing Called Love’ is one of many original songs taken from Ronan’s upcoming album which he describes as, “a greatest hits of brand-new music.” Over the past 12 months Ronan has been tirelessly working on an album that celebrates an incredible solo career spanning two decades.

Exactly 20 years after the release of his self-titled, debut solo (& No.1) album, ‘Twenty Twenty’ encapsulates his many musical achievements since the millennium.

“There are not many artists that have been lucky enough to have a 20 year career and still be going strong.” There are even fewer who have matched a successful band career with a successful solo career. He adds, “I’m very honoured to have had that, so I wanted to mark it with an album like this.”

Ronan’s new album ‘Twenty Twenty’ is out on 24th July on Decca Records.