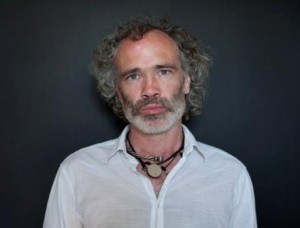 Tuesday December 4th sees Rónán Ó Snodaigh perform his first solo album Tip Toe (2001) at Whelans in Dublin. This will be the last in a series of performances which have seen Rónán perform each of his five solo albums as originally recorded. Throughout the series, entitled A Perspective, Rónán has been joined on stage by musical genius’ such as Liam Ó Maonlai, Steve Cooney, Myles O Reilly, Clare Bonass, Ritchie Buckley amongst others. The series takes place with support from a successful crowd-funding campaign with FundIt and each performance is being filmed by Donal Scannall.

A really beautiful collection of songs in English to a resplendent musical backdrop, Tip Toe has been likened to The Penguin Café orchestra.  Bringing cello, violin, and the brilliant guitar plucking of Simon O Reilly and Simon Taylor together, this album was a surprising first solo album (in its difference from the music of Kíla) from Rónán and was widely acclaimed by both Kíla fans and the newly initiated.

A founding member of Ireland’s most celebrated World Music band Kíla, Rónán Ó Snodaigh is recognised as one of Ireland’s best and most innovative bodhrán players and a highly original singer songwriter. Rónán mixes the Irish Language, which is his first language of songwriting, bluesy grooves with wild percussion to create his unique organic sound.

Rónán is looking forward to revisiting Tip Toe and the opportunity to bring together so many talented musicians for this special one off concert.