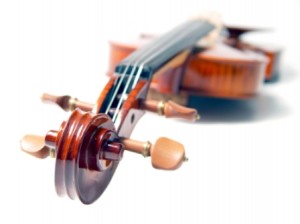 Kearns-Hayes (Cork) to compose a 5-8 minute work for the RTÉ National Symphony Orchestra. Supported by the Irish Music Rights Organisation (IMRO), the award will include mentoring during the compositional process by Linda Buckley, RTÉ lyric fm’s Composer in Residence, a workshop with RTÉ NSO Principal Musicians facilitated by conductor Gavin Maloney and a recording of the new work by the RTÉ National Symphony Orchestra.

This is a unique opportunity for young composers and Linda Buckley is looking forward to working with Sebastian and Darragh, saying: Writing for such large-scale forces can be a daunting process, it’s a marriage of logistics and creativity and I am delighted to have the chance to guide the bursary winners in their first orchestral commission. The final works will be recorded and broadcast on RTÉ lyric fm’s new music show, Nova presented by Bernard Clarke on Sunday nights

This is the second year that RTÉ lyric fm has award bursaries to young composers supported by the Irish Music Rights Organisation. In 2011 Enda Bates and Seán Clancy worked with Linda Buckley and both have subsequently gone on to secure many more orchestral commissions and premieres for their work.

Sebastian has studied composition in Vienna with Karlheinz Essl and currently studies in Dublin under Kevin O’Connell and Jonathan Nangle. His music has been performed extensively all over Ireland, including performances at Kaleidoscope and the Hilltown Festival, as well as in Belgium and Austria. Performers have included Crash Ensemble, Kirkos, The Robinson Panorama Quartet, Benyounes Quartet, William Dowdall, Kate Ellis, Cora Venus Lunny, Andrew Zolinsky and (many times) his father David Adams. Sebastian is a busy viola player, especially active in contemporary music. He is chairman of the Irish Composers’ Collective and founder and director of Kirkos.

Darragh Kearns-Hayes (b.1990), a Cork native, began his studies at the Cork School of Music at an early age. He is due to graduate from the BMus degree course in October of this year, through-out which he studied composition with C.S.L Parker and orchestration with Alan Cutts. His musical influences are wide-ranging and his compositions are often a synthesis of many styles, with rhythmic ingenuity being something that he always strives towards. He also has a keen interest in music recording and production and forms one half of Fear Stalks The Land!, an electronic music duo. Darragh loves making music videos and wearing jumpers knit by his nan.

Cork-born Linda Buckley is RTÉ lyric fm’s Composer in Residence in Association with the RTÉ National Symphony Orchestra. Part of a new generation of Irish composers, Linda’s creative talent doesn’t so much span as ignore in a very informed way the boundaries between the live acoustic sound of an orchestra and electronics.

From the Old Head of Kinsale and currently based in Dublin, her music has been described as “strange and beautiful” (Boston Globe, July 2004), a “fascinating interaction between live sound and electronics” (Irish Times, Nov 2006), with “an exciting body of work that marks her out as a leading figure in the younger generation of Irish composers working in the medium” (Journal of Music, Sept 2008). She holds a Ph.D in Composition from Trinity College, where she also lectures.

Born in Dublin, Gavin Maloney’s experience of playing in chamber ensembles and youth orchestras fired his ambition to become a conductor.  At 18 he conducted the RTÉ National Symphony Orchestra for the first time and went on to study at the Royal Irish Academy of Music, Royal Northern College of Music, Manchester, and the Mozarteum, Salzburg.  He also pursued intensive private studies, based on the methods of Igor Markevitch, with Gerhard Markson.

His achievements as Assistant Conductor of the RTÉ National Symphony Orchestra led to engagements with the Ulster Orchestra, RTÉ Concert Orchestra and National Chamber Choir of Ireland, amongst others.  In 2008 Gavin was the inaugural beneficiary of the Bryden Thomson Trust.